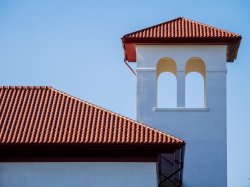 What is a Dangerous Group?

A dangerous group is a group with a hidden agenda of power which is achieved by deceptive recruitment and control over the minds and lives of its members.

Particular behaviors that make an organization or group destructive may include one or combined practices of the following:

During their lives, students may be urged to join all kinds of organizations. The majority of student organizations are well-meaning and constructive, but it is still important to keep in mind that there are groups whose purposes and techniques are opposed to giving their members free, informed and intelligent choices about what to do with their lives.

Their members may approach us in an unexpectedly friendly way and may seem to take a special personal interest in us. They may invite us to meetings where their focus on us and our philosophical beliefs become more intense. This intense personal interest may be gradually combined with increasing demands on our time and attention, to such an extent that we may be inclined to drop out of school, abandon friends and family, and virtually change our personality and identity. This deceitfulness by such a group and its control over our minds and lives is the motivation for the definition of a dangerous group.

If you are having difficulty deciding if a certain group is right for you, discuss the matter with someone whose judgment you trust. Friends, relatives, professors, counselors, campus chaplains could offer advice. Counseling and Psychological Services (CAPS) can be reached at 973-655-5211 or Office for Social Justice and Diversity at 973-655-7130.