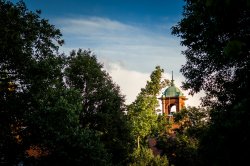 The following resources and information are for Montclair State University students who are undocumented and/or DACA recipients.

“On September 10, 2021, the Department of Justice filed a notice of appeal to the Fifth Circuit Court of Appeals seeking to overturn the Texas District Court’s ruling by U.S. District Court Judge Andrew Hanen in favor of nine states led by Texas that found the creation of the DACA program violated federal administrative law.” (NAFSA: Association of International Educators)

“Pursuant to the July 16, 2021 Order issued by the U.S. District Court for the Southern District of Texas in Texas v. United States, the Department of Homeland Security (DHS) is enjoined from granting initial DACA requests.

All individuals whose DACA requests were granted prior to this decision will continue to have and be eligible to renew DACA, and to request and receive advance parole, consistent with the court’s order. U.S. Citizenship and Immigration Services (USCIS) will provide additional specific operational guidance in the coming days.

USCIS is proud to play an important role in implementing DACA. DACA recipients are students, military service members, essential workers, and part of our communities in every way, shape, and form. USCIS will comply with the court order, continue to implement the components of DACA that remain in place, and work on publishing a Notice of Proposed Rulemaking designed to strengthen and fortify DACA.”

“On July 16, 2021, Judge Hanen ruled that the 2012 DACA program begun by the Obama administration violated the Administrative Procedure Act (APA) notice and comment requirements, and that it was not in accordance with the Immigration and Nationality Act. The court therefore vacated the June 15, 2012 DHS memorandum that created it. The court also issued a nationwide injunction prohibiting DHS from approving new DACA applications (i.e., ‘those not already granted by the date of this order’). Although USCIS can continue to receive applications, it cannot approve them under the order. However, the injunction does not affect DACA benefits already granted, or renewal of already-granted DACA protection, including ancillary requests for DACA advance parole for those DACA recipients. Read the July 16, 2021 court order, and read the July 16, 2021 injunction order.” (NAFSA)

“On January 20, 2021, President Biden signed a Presidential Memorandum that directed the Secretary of Homeland Security, in consultation with the Attorney General, to ‘take all actions he deems appropriate, consistent with applicable law, to preserve and fortify DACA.’ See Memorandum for the Attorney General and the Secretary of Homeland Security, published in the Federal Register at 86 FR 7053 (January 25, 2021).” (NAFSA)

On December 4, 2020, the U.S. District Court for the Eastern District of New York ruled that “the Wolf Memorandum is VACATED. In light of the vacatur, all parties agree that the DACA program is currently governed by its terms as they existed prior to the attempted rescission of September 2017.” The judge’s December 4, 2020 order is in the case Batalla Vidal, et al. v. Nielsen, et al., Case # 1:16-cv-04756.

“in addition to vacating the Wolf Memorandum, the court orders the following relief:

On January 9, 2018, a U.S. District Court ordered the Department of Homeland Security to maintain the DACA program on a nationwide basis on the same terms and conditions as were in effect before the rescission on September 5, 2017, including allowing DACA enrollees to renew their enrollments.  However, new applications from applicants who have never before received deferred action will not be processed, and DHS may still deny the right of a DACA enrollee to return to the United States if they travel abroad using advance parole. For more information, please refer to U.S. Citizenship and Immigration Services’ website Deferred Action for Childhood Arrivals: Response to January 2018 Preliminary Injunction. For guidance on DACA requests rejected by USCIS due to U.S. Postal Service issues, please refer to USCIS’s page Guidance on Rejected DACA Requests.

On August 3, 2018, the U.S. District Court for the District of Columbia again concluded “that DHS’s September 2017 decision to rescind the DACA program…was both subject to judicial review and arbitrary and capricious.” According to D.C. District Judge John D. Bates’ 25-page opinion, “The Court has already once given DHS the opportunity to remedy these deficiencies—either by providing a coherent explanation of its legal opinion or by reissuing its decision for bona fide policy reasons that would preclude judicial review—so it will not do so again.” The U.S. government appealed the Court’s decision.

On November 8, 2018, the 9th Circuit Court of Appeals issued a decision upholding and continuing the January 9, 2018 preliminary injunction granted by the District Court of the Northern District of California. The National Immigration Law Center explains that “In its decision, the court reasoned that the plaintiffs in the case were likely to prevail on their claim that the Trump administration’s termination of DACA was ‘arbitrary and capricious’ and therefore unlawful. All three judges also noted that there was sufficient evidence that DACA was ended due to anti-Mexican or anti-Latino animus to justify keeping the injunction in place.” It is likely that the U.S. federal government will seek review by the U.S. Supreme Court. Please refer to the NILC’s Status of Current DACA Litigation page for more information.

On June 18, 2020, the U.S. Supreme Court (SCOTUS) held that the 2017 Department of Homeland Security (DHS) memo rescinding DACA was “arbitrary and capricious” under the Administrative Procedure Act in its opinion on the case Department of Homeland Security et al. v. Regents of the University of California et al. This remanded the issue back to the DHS; the agency was required to consider again the “conspicuous issues of whether to retain forbearance and what if anything to do about the hardship to DACA recipients.” This decision left DACA intact for the time being.

“Under USCIS’ implementing guidance, we will reject all initial DACA requests from aliens who have never previously received DACA and return all fees. The rejections will be without prejudice, meaning aliens will be able to reapply should USCIS begin accepting new requests in the future from aliens who never before received DACA. USCIS will continue to accept requests from aliens who had been granted DACA at any time in the past and will also accept requests for advance parole that are properly submitted to the address specified on the Direct Filing Addresses for Form I-131 webpage.

For approvable DACA renewal requests, USCIS will limit grants of deferred action and employment authorization under DACA to no more than one year, but will not rescind any currently valid two-year grants of DACA or associated employment authorization documents (EADs), unless USCIS terminates an alien’s DACA for failure to continue to meet the DACA criteria (see 2012 Memorandum), including failure to warrant a favorable exercise of prosecutorial discretion. USCIS will replace two-year EADs that are lost, stolen or damaged with the same facial two-year validity period assuming the EAD replacement application is otherwise approvable.

USCIS will generally reject requests received more than 150 days before the current grant of DACA expires. DACA recipients should file their renewal request between 150 and 120 days before their current grant of DACA expires. USCIS will only grant advance parole for travel outside the United States to DACA recipients pursuant to the new guidance, which provides for a determination that parole of the alien is for urgent humanitarian reasons or significant public benefit in keeping with the governing statute. The agency will not rescind any previously granted advance parole documents unless there is another legal reason to do so. However, as has always been the case, parole into the United States is not guaranteed. In all cases, aliens are still subject to immigration inspection at a port-of-entry to determine whether they are eligible to come into the United States.

The determination whether to grant advance parole to an alien is entirely within the discretion of USCIS and must be made on a case-by-case basis. USCIS will review all the factors presented in individual cases before determining whether to approve advance parole for a DACA recipient based on the new guidance. Some examples of circumstances that may warrant approval include, but are not limited to, situations such as:

Even if a requestor establishes that their situation meets one of the examples above, USCIS may still deny the request for advance parole in discretion under the totality of the circumstances.

CAUTION: If you travel outside the United States on or after Aug. 15, 2012, without first receiving advance parole, your departure automatically terminates your deferred action under DACA.

If you currently have DACA approval or a pending DACA application, please speak to a licensed, experienced immigration attorney or recognized/accredited organization or representative before making any plans pertaining to work, travel, or applying for a DACA renewal. Among many options, CUNY CLEAR is an excellent resource for free legal services and guidance.

With regard to the September 5, 2017 memo from the DHS rescinding the Deferred Action for Childhood Arrivals (DACA) program, the following is recommended:

If you are an undocumented person (regardless of whether you currently have permission to travel abroad through advance parole), please speak to a licensed, experienced immigration attorney before making any travel plans. Among many options, CUNY CLEAR is an excellent resource for free legal services and guidance.

New Jersey residents who are undocumented under U.S. immigration law or who have been approved under DACA (Deferred Action for Childhood Arrivals) by U.S. Citizenship and Immigration Services may qualify for in-state tuition under P.L. 2013, c. 170 (NJ Senate Bill 2479), the New Jersey Tuition Equality Act, also referred to as the “New Jersey Dream Act.” Under this law, undocumented students are exempt from paying out-of-state tuition if they meet all of the following criteria:

For more information and instructions on applying for in-state tuition, please visit: New Jersey Dream Act. Affidavits must be filed with Undergraduate Admissions or the Graduate School each year; for points-of-contact for these offices, please contact Elizabeth Gill, Director of International Employment and Immigration in the Office of University Counsel.

The following articles and pages should prove helpful in staying abreast of issues pertaining to undocumented students:

Please keep in mind that the information contained on this page and in the advisories and pages listed above does not constitute legal advice. Please speak to a licensed, experienced immigration attorney if you require legal counsel.

This conversation group is for all immigrants– documented and undocumented– and allies to connect and share their experiences in a welcoming environment. For this semester’s schedule and details, view the flyer.

Counseling and Psychological Services (CAPS) holds this informal, supportive discussion group for international students, students who have studied abroad, and any students who are interested in dialoguing and connecting across cultures. Visit the Connecting across Cultures page for more information.

Students who have individual concerns are encouraged to contact the Office of the Dean of Students, and they may also take advantage of the resources offered through Counseling and Psychological Services, including short-term individual counseling, group therapy, psychiatry, Let’s Talk walk-in sessions, and more. Contact information for CAPS is located here.