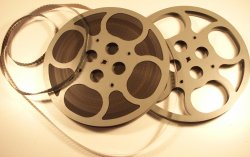 A filmmaker, editor, and camera operator working in Brooklyn, Gould recently completed “OBIT,” a feature-length documentary about The New York Times obituaries and their writer-reporters. “OBIT” world-premiered at Tribeca Film Festival and will be released by Kino Lorber in 2017. In 2012–2013, she produced and shot for Showtime’s Emmy®-winning Years of Living Dangerously, a documentary series about climate change executive produced by James Cameron, Jerry Weintraub, and Arnold Schwarzenegger.

Trailer for The Obit

From his first film Moulin Rouge! as Baz Luhrmann’s executive assistant through to his most recent production as Executive Producer on Netflix’s “The Get Down”, he has worked in various capacities of development, production, post production and marketing on such films as “Moulin Rouge!”, “Australia”, Goal!, “Cat in the Hat,”” Shrek 2,” “The Wolverine” and “The Great Gatsby” as well as numerous short films,  branded content, theatre and live events including producing on The 81st Academy Awards.

Film: “The Get Down”

Trailer for The Get Down

Jeff Preiss is a New York based filmmaker who emerged in the eighties through his involvement in experimental cinema. He has coauthored films with artists including Joan Jonas, Andrea Fraser, R.H. Quaytman, Christian Philipp Müller, Josiah McElheny, Nicolás Guagnini, Karin Schneider and Anthony McCall. In 2004 he completed a large scale 8 screen film installation on architectural cinematography commissioned by Rem Koolhass that traveled with the OMA retrospective CONTENT. His work is in the collection of MoMA, MOCA Los Angeles, The Reina Sofia in Madrid, The Hessel Museum and Anthology Film Archives. In 2005 Preiss cofounded the experimental gallery, ORCHARD in New York. His program there was instrumental in the founding of Light Industry, a venue for film and electronic art in Brooklyn, where he currently serves on the board. His first feature narrative “Low Down” won the Sundance Film Festival for cinematography and the Karlovy Vary International Film Festival for best actress: Elle Fanning.

Trailer for Low Down

Film scholar and critic Bahman Maghsoudlou is the recipient of Iran’s prestigious Forough Farrokhzad literary award for writing and editing a series of books about cinema and theater. These include the widely acclaimed Iranian Cinema, which was published in 1987 by New York University’s Center for Middle Eastern Studies.

As a producer, Maghsoudlou’s films have been selected for more than 100 major film festivals and garnered many awards, and include The Suitors (Cannes, 1988), Manhattan by Numbers (Venice, Toronto, London, Chicago, 1993), Seven Servants with legendary actor Anthony Quinn (Locarno, Montréal , Toronto, 1996), Life in Fog (1998)– the single most awarded short documentary film in the history of Iranian Cinema, and Silence of the Sea, winner of six prizes, selected for more than 20 other film festivals including the Sundance Film Festival in 2004.

Film: “Razor’s Edge: The Legacy of the Iranian Actress”

A pioneer in American Independent Cinema, Bette Gordon is known for her bold explorations of themes related to sexuality, violence and power. Her films have been screened theatrically in the US and abroad, as well as in all the major film festivals, including Cannes, Berlin, Locarno, and Toronto. Gordon’s films are in the permanent collection of the Whitney Museum, The British Film Institute Collection, The Centre Georges Pompidou and MoMA in NYC.

Gordon’s new film, “THE DROWNING, “ is based on the book BORDER CROSSING by award winning British novelist Pat Barker. The film, a psychological thriller, stars Josh Charles, Julia Stiles, and young newcomer Avan Jogia.  The Film premiered in the US at The Woodstock Film Festival in 2016, and at other international festivals including Warsaw Film Festival and Sao Paulo International Film Festival.  It opened theatrically at the IFC Cinema in New York City.

Trailer for The Drowning 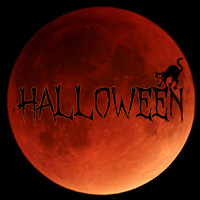 Join us for an insightful discussion exploring the American zeitgeist and the pervasiveness and persistence of vampires, werewolves, and things that go bump in the night…

Dr. Marylou Naumoff Assistant Professor in Communication Studies and author of Loving Monsters: Understanding Horror Fiction consumption as a Response to the Uncertainty of American Identity

Jack Sholder Emmy-Award winning filmmaker credited with such films as A Nightmare On Elm Street Part II, The Hidden, Wishmaster II: Evil Never Dies, and Alone In the Dark

Ten-time Emmy Nominee, in 2001, he won an Emmy for his score for the final episode of “Star Trek Voyager”. After moving to Malibu, California in 1985, Chattaway began writing the music for many films, including Chuck Norris’ “Missing-in-Action”, “Red Scorpion” featuring Dolph Lundgren and Stephen King’s “Silver Bullet”.

Chattaway’s career expands beyond film, into the frontier of television. He has composed for National Geographic and Jacques Cousteau. In 1991 he was asked to be a ‘guest composer’ for “Star Trek-The Next Generation”. This turned into a stellar opportunity which lasted eighteen years, scoring “Star Trek-The Next Generation”, “Deep Space Nine”, “Voyager” and “Enterprise”.

Award-winning filmmaker Bill Morrison’s films often combine rare archival material and contemporary music. Morrison is a Guggenheim fellow and has received the Alpert Award, an NEA Creativity Grant, Creative Capital, and a fellowship from the Foundation for Contemporary Arts. His theatrical projection design work has been recognized with two Bessie awards and an Obie Award. He had a mid-career retrospective at the Museum of Modern Art from October 2014 – March 2015. Morrison’s most recent full-length film, Dawson City: Frozen Time (120’, 2016), had its world premiere at the 73rd Venice Film Festival, its North American premiere at the 54th New York Film Festival in October 2016, and is being theatrically distributed by Kino Lorber in North America in 2017. The Great Flood (78 min, 2013), with music by Bill Frisell, won the Smithsonian Ingenuity Award of 2014 for historical scholarship. In 2013, Decasia (67 min, 2002), with music by Michael Gordon, became the first film of the 21st century to be selected to the Library of Congress’ National Film Registry.

Marylou & Jerome Bongiorno are Emmy-nominated, award winning, Newark-based,husband- and-wife filmmakers who create cutting-edge fiction, documentary, and museum installation art films that are widely distributed. Marylou is an alumna of NYU’s Graduate Film School and is a producer, director and screenwriter. Jerome is a cinematographer, editor, animator, and screenwriter.
The Bongiornos film extensively in Newark, New Jersey, their home city. Their acclaimed 3Rs documentary trilogy on urban America featuring Newark began with “Revolution ’67” (PBS POV/STARZ) about the Newark riots/rebellion of 1967; current “The Rule” (in release theatrically and on national PBS) tackling urban school reform using the model of Newark Abbey and St. Benedict’s Prep; and upcoming “Rust”, focusing on solutions to poverty in Newark and other Rust Belt cities.

Trailer for The Black Monk

As a Director of Photography, Michael Slovis photographed films and television, including five seasons of the widely recognized Breaking Bad. Nominated seven times for Outstanding Cinematography Emmy Awards, he won once. He has directed The Walking Dead, ED, Rubicon, CSI: Crime Scene Investigation, 30 Rock, Law and Order SVU, Chicago Fire, Chicago PD, Hell on Wheels, Grace Point, Elementary, Breaking Bad, Game of Thrones, Man in the High Castle, The Affair, The New Yorker on Amazon, Hulu’s The Path, and is now Executive Producer/Director of AMC’s Preacher. Michael has lived in Montclair with his wife Maria for 31 years.

Thomas is a seasoned film and television Director of Photography who lives in Montclair, NJ. His first feature was Metropolitan, which was Oscar nominated for Best Screenplay, and written and directed by Whit Stillman. John photographed two more films for Whit Stillman – The Last Days of Disco and Barcelona, for which he received the Independent Spirit Award for Best Cinematography. He also received an Emmy nomination for Best Cinematography for the HBO TV-movie, Norma Jean and Marilyn. John is best known for his photography of Sex and The City, having worked on five seasons of the television show and both feature films. He is currently working on Younger, Season 5, created by Darren Star, which is produced for TV Land.

The creator of The Toxic Avenger is co-founder, with Yale friend Michael Herz, of the 43-year-old, legendary Troma Entertainment–the longest running independent movie studio in the world. 2017 marks Kaufman’s 50th year of making feature length movies. He directed many of Troma’s feature films, including the world famous “The Toxic Avenger” and “Tromeo and Juliet”. Kaufman has written six books on filmmaking and has presented his “Make Your Own Damn Movie” master classes globally from Oxford University to Singapore. Part one of his two-part event film, “Return to Nuke ‘Em High Volume 1” produced in association with STARZ, premiered in The Contenders series at New York’s Museum of Modern Art. Kaufman is currently preparing a Tromatized version of William Shakespeare’s “The Tempest”.

The writer/director of PATTI CAKE$ tells us: “Patti’s story is my story as a 23-year- old. A misfit. Just that feeling of being trapped, the feeling of, of being stuck in your hometown, of not being able to ever express yourself as an artist, not being able to make music, just feeling forever like some sort of alienated, lost person who doesn’t fit in. There’s a lot of me in her, there’s a lot of my family in her.”