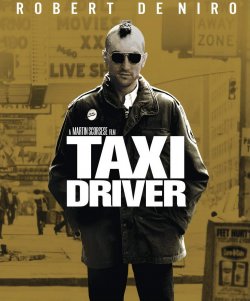 All screenings are free and open to the general public, but registration is required.

Suffering from insomnia, loner Travis Bickle (Robert DeNiro) takes a job as a New York City cabbie, haunting the streets nightly, growing increasingly detached from reality as he dreams of cleaning up the filthy city. Taxi Driver was nominated for the Best Picture Academy Award; DeNiro and Jodie Foster were also nominated.

Reserve your seat for: Taxi Driver

The story of Bronx native, Jake LaMotta, (Robert DeNiro) a former middleweight boxing champion, whose reputation for tenacity and success in the ring was offset by his troubled domestic life: full of rage, jealousy, and suspicion–particularly towards his wife and manager/brother–which, in the end, left him destitute, alone, and seeking redemption. DeNiro won the Best Actor Academy Award for his portrayal of LaMotta.

Reserve your seat for: Raging Bull

Reserve your seat for: After Hours

Based on best-selling book, Wiseguys by Nicholas Pileggi, the film Goodfellas is the true-life account of mobster and FBI informant, Henry Hill and his rise and fall in the in the kinetic and gritty world of the Italian New York mafia. Goodfellas stars Robert DeNiro, Ray Liotta, and Joe Pesci. The film was nominated for six Academy Awards, and Joe Pesci won the Oscar for Best Supporting Actor.

Reserve your seat for: GoodFellas

Sundays with Scorsese is presented as part of the Linda And George Hiltzik Screening Series.