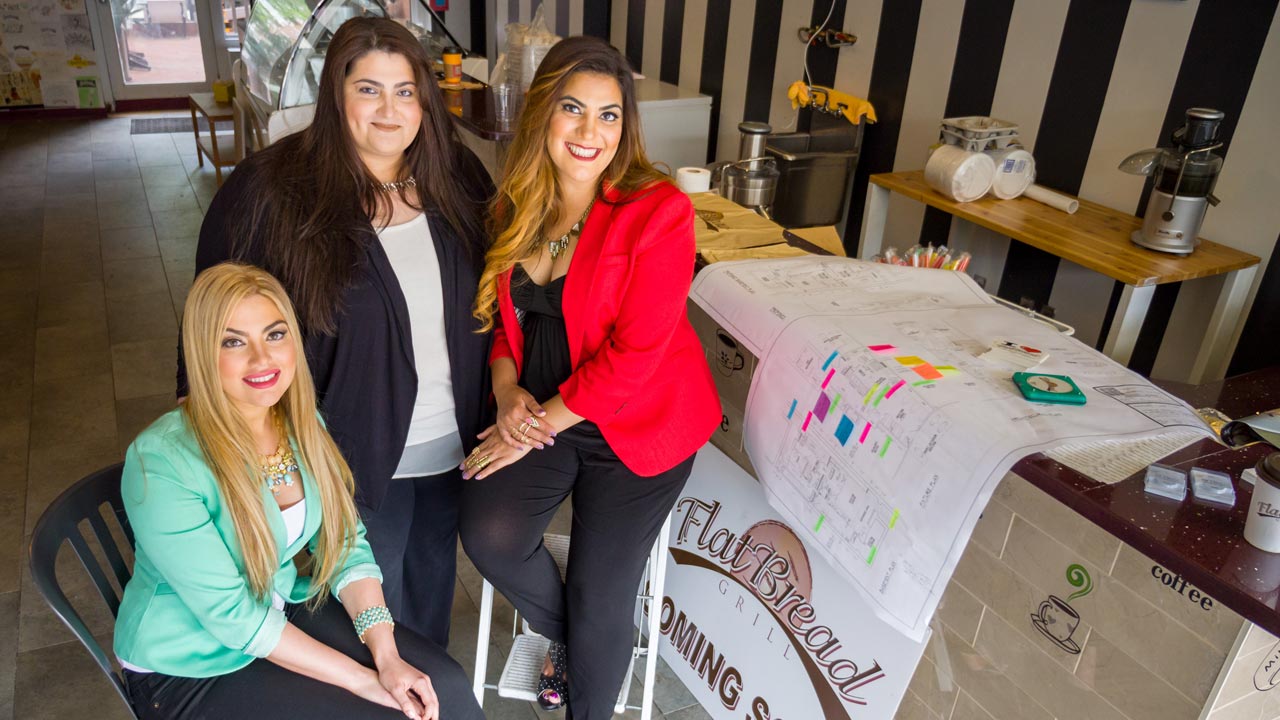 Right after Arzu Esendemir graduated from Montclair State in 2007, her older sister, Fusun, asked her if she’d like to open a restaurant. “I was trying to decide between taking a job on Wall Street or going to law school,” Arzu recalls. Instead, she decided to take a chance – and together with Fusun and their middle sister, Gonca – opened Flatbread Grill, a casual Mediterranean restaurant in Montclair.

In 2012, after five years of long hours and nights spent sleeping at the restaurant to save time, the Esendemir sisters signed a franchise deal with Fransmart, establishing a long-range goal of selling and developing as many as 300 Flatbread Grill restaurants around the world. Encouraged by Arzu, Gonca had sent Fransmart CEO Dan Rowe an email. “Shortly after, he came out to visit Flatbread Grill to try our concept,” Arzu says. “He sent us a contract the morning after his visit!” 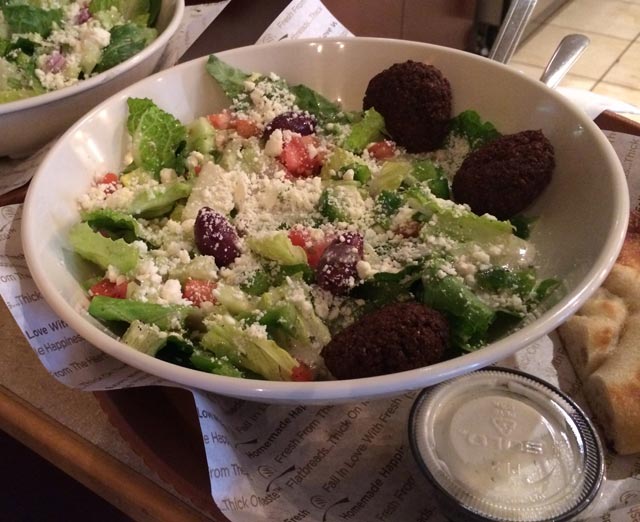 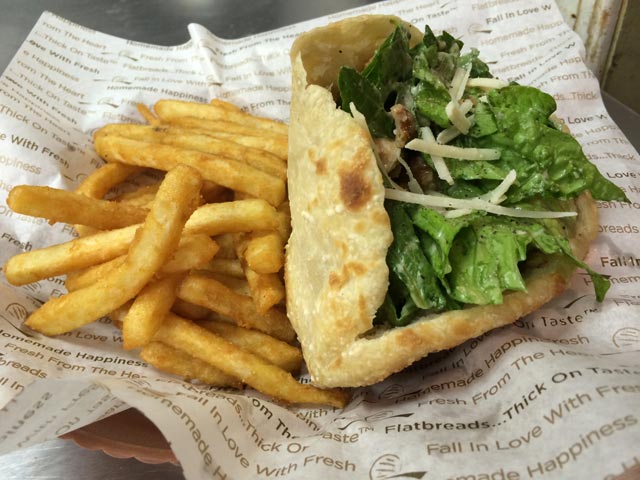 Rowe says the sisters easily won him over. “There is a huge opportunity in Mediterranean fast casual and Flatbread has amazing food and a very approachable brand. The three sisters are extremely talented, work well together and have me convinced they will lead the dominant Mediterranean fast-casual concept.”

Now their journey has begun, with a move from a suburban to an urban location and the upcoming opening of their Hoboken restaurant. “My sisters and I are very close and share the same values,” says Arzu. “Our loyalty, love and devotion to each other are reflected in our business and contribute to our success.”

Restaurants are in the Esendemir sisters’ blood. After immigrating to America from Adana, Turkey, to escape poverty in the 1970s, their parents opened Turkish restaurants in Bayonne and Hoboken.

“Food was such a big part of our culture and childhood,” explains Flatbread Grill CFO Fusun, who has shared most of Flatbread Grill’s cooking duties with CEO Arzu since the beginning. “We didn’t own many material items, but my parents made it a point to feed us well. My mom was, and still is, a terrific cook. I watched her cooking growing up.”

Being part of a restaurant family had its advantages when it came to opening Flatbread Grill. “I grew up in my parents’ restaurants and helped with the food preparation and cooking,” says Fusun. “It was a very hands-on learning experience.”

Both Arzu and Gonca graduated from Montclair State. “Montclair State was definitely the best choice for me from a financial as well as an academic standpoint,” says Arzu, a business and finance major. “The programs helped me tremendously on my path to becoming a successful entrepreneur and gave me the knowledge I needed to hold my own in the business world.”

For Gonca, the company’s chief marketing officer, the University was the perfect place to develop as an artist and an individual. “My professors were awesome,” the filmmaking major recalls. “Professor Alina Grumiller kicked my butt when she felt I wasn’t performing up to my potential.”

“We have had to learn how to navigate this tricky terrain of being young women in a field dominated by men.”

A full-time student when the restaurant launched, Gonca worked with her sisters until she graduated in 2008. “I believed I was superwoman and could still keep my part-time job in the TV industry, attend school, graduate AND help run this business,” she says. “It was extremely difficult to balance it all. Let’s just say I didn’t get much sleep during that period in my life.”

Flatbread Grill’s Mediterranean- and Turkish-inspired menu is all about fresh ingredients, from specialty breads that are baked daily on the premises to fresh produce and hormone-free chicken. “We tweaked the traditional Turkish recipes that we grew up with to make them accessible and appealing to everyone,” says Arzu.

The sisters collaborate on planning the varied menu, which has earned kudos from The New York Times, The Star-Ledger and NJBIZ and Inc. magazines. “If we wouldn’t eat it, we don’t put it on the menu,” says Gonca. That’s why the menu is filled with lots of healthy gourmet salads and the sisters’ take on the classic pita pocket sandwiches, made with their own homemade oval original, whole wheat or tomato basil “piatta” breads.

“My favorite thing on the menu – a chicken kebab served over bulgur with shepherd salad, feta cheese and hummus – is actually named our ‘Favorite Flat-Top Platter,’ which is authentically Turkish,” says Gonca. “We named it that because all three of us love this particular dish.” 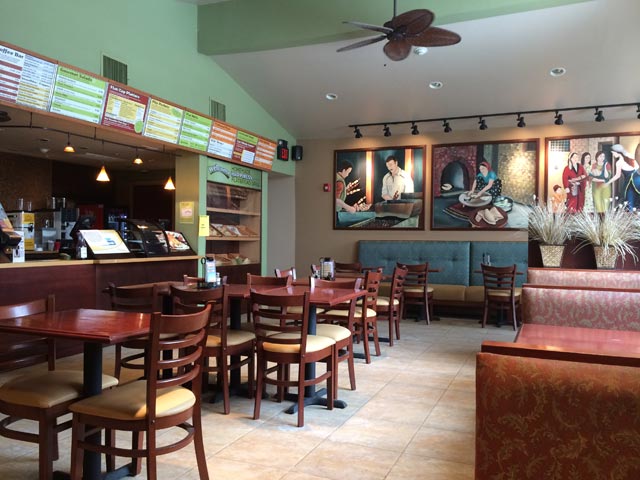 The first Flatbread Grill opened in Montclair in 2007

While the Esendemirs recently closed their original Montclair restaurant after eight years, they are currently focused on making the Hoboken restaurant a success, as a first step in an expansion plan based on slow and steady growth. A New York City Flatbread Grill will most likely follow, they say. And they hope to return to Montclair one day.

Yet even as they develop plans to open franchises in the Northeast and West Coast U.S. markets, as well as economically sound Middle Eastern and European markets, their mission remains the same. “My vision for Flatbread Grill has always been to serve the best possible food in the most comfortable environment, and that will never change,” says Fusun.

The sisters agree that as women entrepreneurs in the male-dominated restaurant industry, they have had to work harder to prove themselves and realize their vision.

“People are almost always surprised when they learn we are the founders and owners,” explains Arzu. “We have had to learn how to navigate this tricky terrain of being young women in a field dominated by men.”

In many ways, being sisters has smoothed their journey. “We can frustrate each other and push each other’s buttons pretty badly, but we are always there for each other,” says Fusun.

Their Montclair State “family” has helped as well. “Everyone who has ever joined our team has been from the University – and they have all been smart, charismatic and hardworking,” Gonca says.

The real recipe for the sisters’ success is simple, she adds. “Flatbread Grill isn’t just about selling food. Flatbread Grill is about family first. It’s an extension of ourselves and we hope that by expanding it, we can reach more people and become an authentic part of their lives.”