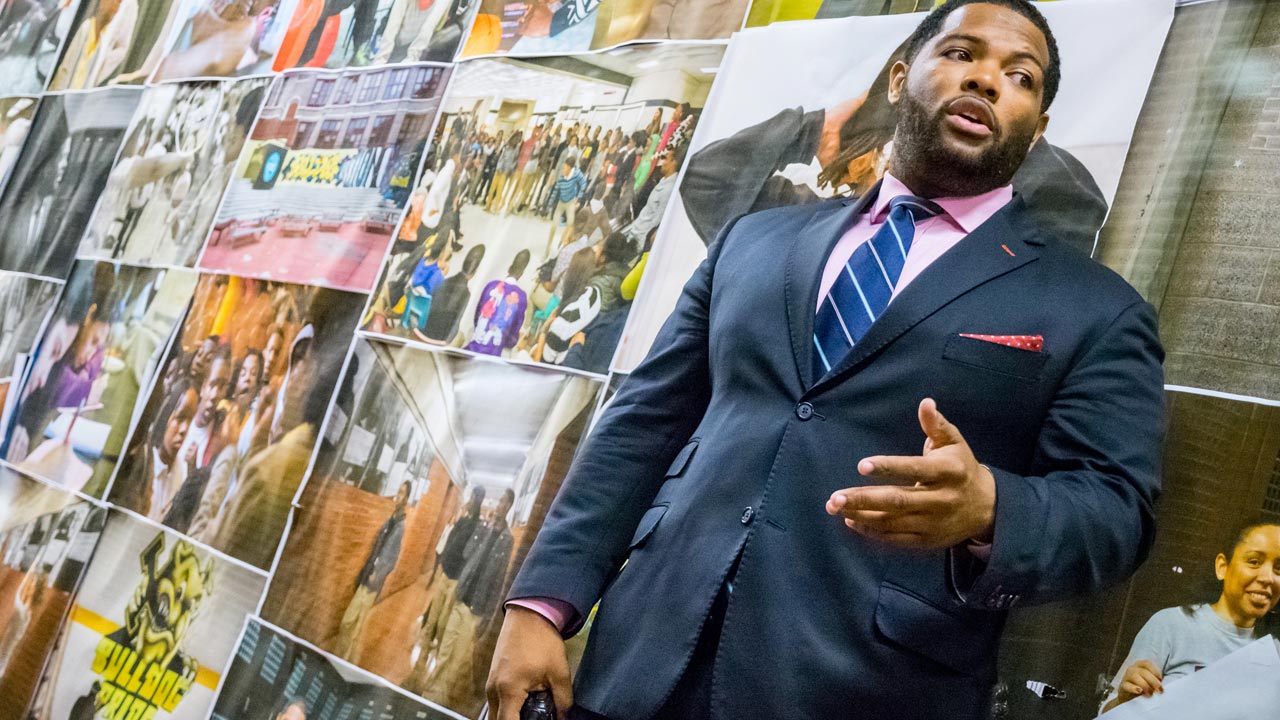 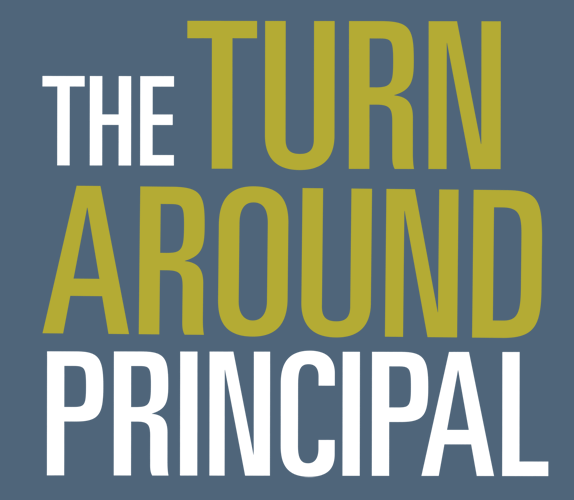 A few years ago, when Gemar Mills ’05 was tapped to be principal of Malcolm X Shabazz High School in Newark, New Jersey, mentors warned him against taking the job. The state was threatening to close down the school which continually failed to meet state standards, with only 46 percent of students proficient in language arts and only 19 percent proficient in math. Shabazz had been likened to Baghdad – students roamed the halls, got high in stairwells and were regularly involved in fights in the courtyard. A 2009 state assessment concluded that the students had taken over the building.

In a “Hail Mary” pass, officials offered the job to Mills, a rising star in the Newark Public School system. Then a 27-year-old vice principal and math teacher, the 2005 Montclair State graduate had already spent a year at Shabazz and knew what he faced. His mentors urged him to hold out for a less volatile gig. “‘You’re going to ruin your career,’” he recalls them saying.

But Mills, who grew up in the projects in Paterson, New Jersey, is not one to back down from a challenge. He wanted a job that would allow him to have a significant effect on students’ lives as well as on a community. “I want to solve big problems, to leave a legacy.” Plus, he says, the students at Malcolm X Shabazz already knew him from his year as vice principal and had come to respect him. “They believed in me,” he says. “I would come to school and look into their eyes and knew they deserved a chance and some direction. The students needed someone who believed in them, too.” 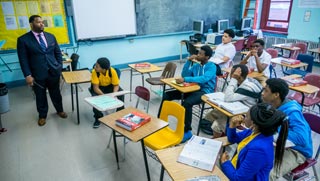 “The students needed someone who believed in them, too.”

Since taking the job in 2011, Mills has been dubbed “The Turnaround Principal.” The percentage of students scoring proficient or above in language arts on state exams has soared to 74 percent. The students have made slower gains in math, but have climbed to 37 percent proficient from a dismal 19 percent.

“We’re not there yet, but we’re headed in the right direction,” he says. “We’re definitely making strides.”

Other stats help fill out the turnaround: The percentage of graduating seniors going on to four-year colleges or universities has increased from 23 percent to 46 percent and the retention rate has risen from 63 to 73 percent.

“If you make it to senior year, chances are you’ll graduate,” he says. “The problem is when there are 250 freshmen and by senior year only 172 are left. We’re working to improve those odds.”

To motivate students, Mills starts each day with a convocation, a time for announcements and words of encouragement from Mills, who most days wears a suit with a tie and pocket square. When athlete-scholars receive full-ride scholarships with universities, there’s an assembly to show others that hard work – in sports and the classroom – pays off.

“I want them to be inspired by each other,” he says. 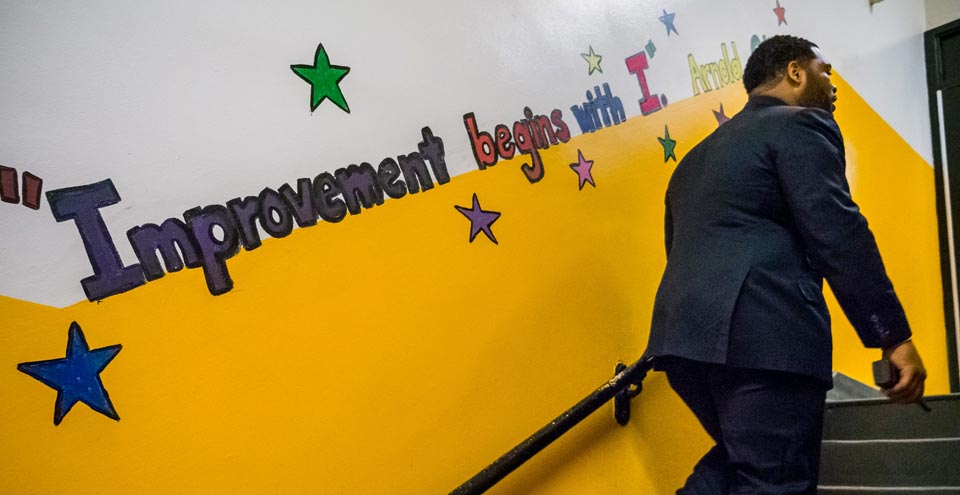 Murals have now taken the place of graffiti in the halls.

The crescent-shaped scar that curves around Mills’ right eye gives him some street cred with students, but it also marks a turning point in his life.

Mills was 15 at the time, growing up in the Christopher Columbus projects in Paterson and walking with his friends through a rival neighborhood. They got into a fight and he was swiped with a wire mesh window screen that sliced his face deep enough to require 400 stitches.

The injury helped him to realize he needed a change. So he turned to football. “Football’s what saved me. I was out of control with that nonsense,” he says. “Football was an acceptable excuse not to hang out with those guys. I always had a game or a practice. They accepted that.”

Playing football also taught Mills that hard work pays off. He started applying the same principles to school and his grades improved. By senior year, he was offered scholarships to several universities but chose Montclair State, in part because it was nearby and he could easily go home to visit his family.

Mills, a defensive tackle for the Red Hawks, played alongside his older brother, a Montclair State accounting major who encouraged Mills to become a math teacher. He followed that advice, eventually working with the University’s Urban Teaching Academy.

“Choosing Montclair State was the best decision I ever made,” Mills says. “If I hadn’t gone to Montclair State, I don’t know that I would have even graduated, let alone been here today. They helped me succeed.”

Ruth Zerwitz Berensen, a counselor in the Teacher Education Advocacy Center in the Center of Pedagogy and Mills’ advisor at Montclair State, remembers Mills as a confident student and positive presence on campus. Because of his work at Shabazz, he was invited back to campus last spring as the keynote speaker at the annual “Boys to Men” conference.

“He was someone you rooted for,” Berensen says. “It’s wonderful that he’s had such great success as a principal and a math teacher.”

Having coaches and teachers who guided him – in both high school and college – made an impression on Mills. “I want to do for my students what people did for me,” he says. 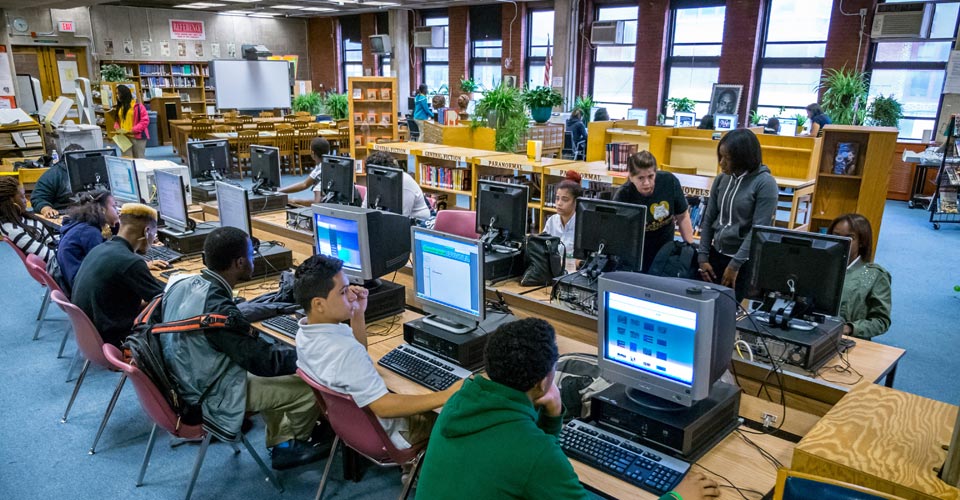 The first thing Mills did as principal was appoint football coach Darnell Grant as dean in charge of discipline. Mills knew the players respected Grant and that he would need Grant’s help to succeed schoolwide.

“Football takes discipline, and I wanted to run the school like a football team,” Mills says. “Generally, the football players are the biggest and strongest students in the school, and if you get their respect, the rest will fall in line.”

That first year, with the help of the football team and Coach Grant, the atmosphere quickly began to change. “Mr. Mills doesn’t take enough credit,” says Grant, who treats his players like extended family – looking out for them in the evenings and hosting a family-style team dinner before games. “The students know that Mr. Mills has been where they are and he succeeded. He’s young enough to speak their language, but he’s not going to accept any nonsense.”

“The students know Mr. Mills has been where they are and he succeeded. He's young enough to speak their language but he's not going to accept any nonsense.”

Girls’ basketball coach Vanessa Watson, who has more than 700 wins at Shabazz and was a reason students still wanted to attend even in its worst days, says Mills has brought much-needed calm and relief to the school. She says he reminds her of a principal a couple of decades ago that commanded respect and held the school to high standards.

“Those students hung on his every word,” she recalls. “Much like students do now with Mr. Mills. They want to do right
by him.”

Early on in his first year, Mills held an assembly to talk about his own life growing up in the projects and making the right — and a few wrong — decisions.

“The reality is that most successful men who look like me are sports figures or entertainers,” he says. “These kids rarely see a person who grew up in the inner city living a comfortable middle-class lifestyle.”

Shabazz is located on the south side of Newark, a neighborhood known for its high crime rate, gangs and poverty. Students have been killed on the streets not far from the school.

“This neighborhood is rough,” says Mills. “Gangs are right outside their doorsteps and control the neighborhood. There are turf wars and illegal stuff going down all around them — guns and drugs, everywhere. We can keep them safe inside these walls but they still have to live here and that’s not easy, so we want them to be able to make the right decisions.” 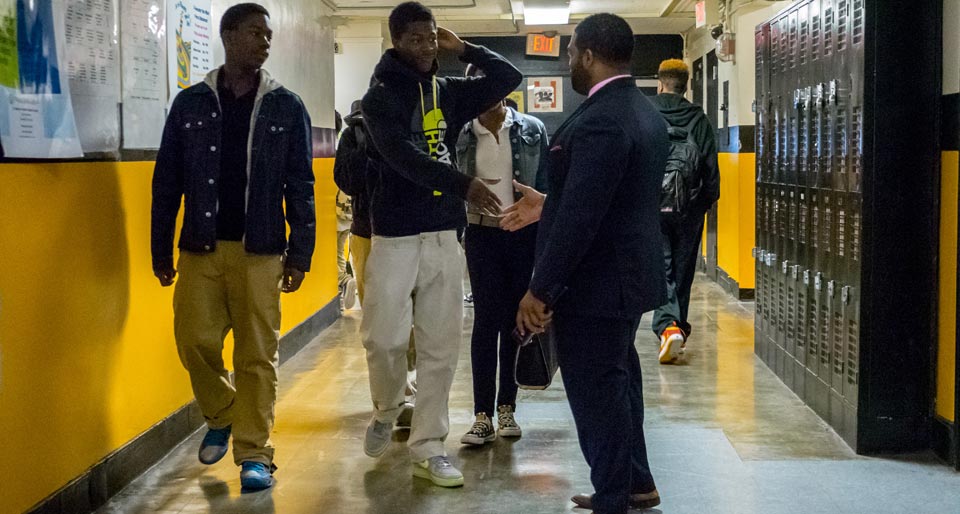 Mills greets students in the hallway between classes.

Dreaming of the future

The hallway walls of Malcolm X Shabazz High School are filled with inspiration — murals with quotes of hope and perseverance; pictures of students and teachers holding signs declaring their dreams for the future; and seniors’ letters of acceptance to colleges and universities.

The graduating class of 2014 is the last class to remember how chaotic it was at Shabazz before Mills took over.

“My freshman year, Shabazz wasn’t a place where you could come to learn,” recalls 2014 valedictorian and standout basketball player Naquashia Rattray, who graduated in June with a four-year academic scholarship to Clark Atlanta University. “But Mr. Mills changed that. Now Shabazz feels more like a real high school.”

Eric Abney, a wrestler who graduated in June and joined the U.S. Navy, says he was one to “goof off” his freshman year, but turned himself around after Mills took over. “He expected better of us,” he says. “I started caring more and made the
honor roll.”

Shabazz High School’s turnaround has been the subject of an Emmy Award- winning documentary by The Star-Ledger and was featured in Sports Illustrated and mentioned in The Atlantic. The coverage has helped Mills solicit help from people and programs.

The school has partnered with programs such as The Future Project, which encourages students to think about and work toward achieving their dreams while still in high school.

With grant money, the school started a garden club and an educational program about careers in sports – off the field. Mills wants students to see the world as they’ve not seen it before.

“Ultimately, we hope to get more kids to college so they can succeed and return to the neighborhood to build up the community,” he says. “We don’t want to just save the school, we want to be the catalyst for positive change in Newark and the world.”