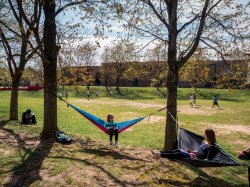 The Political Science major creates leaders in politics and public policy internationally and domestically. Also, a path for law school in combination with a pre-law minor, most American elected officials either majored or minored in political science or concentrated in similar courses. The pre-law minor is an excellent companion with Jurisprudence or other majors.

Students who major or minor in Political Science will learn about the institutions, groups, leaders, policies, and ideas that shape the American political system and the governments of foreign countries.

This Dual Degree is an accelerated program for students who are interested in the institutions, groups, leaders, policies and ideas that shape the American political system and the governments of foreign countries. The program culminates with simultaneous baccalaureate and master’s degrees.

This program is for students who will major in Political Science and want to become teachers in social studies. Students who wish to pursue P-12 teacher certification in Social Studies must apply to and be admitted to the Teacher Education Program.

Minor in Global Security and Diplomacy