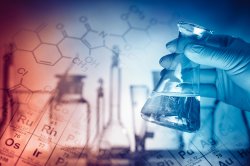 A Banner Year for Research and Programming

For research and externally sponsored program funding at Montclair State, FY2016 was a record-breaking year, building upon past achievements, with faculty and staff receiving more than 60 awards, totaling more than $11.6 million.

“The funding is an impressive 37.4 percent increase in award volume from the previous year,” says Office of Research and Sponsored Programs Director Ted Russo.

“Over the past decade, NSF funding has become increasingly competitive with proposal success rates hovering around 20 percent, and even lower in some NSF Directorates,” says Russo. “Our continued success in this tight funding environment is testament to the high quality of the proposals we are submitting and strength of our research programs and faculty.”

The overall increase in grant funding occurred during a time when Montclair State was also designated a research doctoral university in the national Carnegie Classification of Institutions of Higher Education. The Carnegie Classification reflects the University’s growing ability to attract significant funding from federal agencies such as the National Institutes of Health, the U.S. Department of Agriculture and the NSF.

FY2017 shows signs of being an equally successful year, highlighted by $4.5 million in total NSF funding received through April, 2017 and $4 million received from other federal and non-federal sponsors for research and STEM education programs.