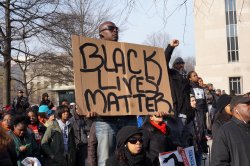 Recent research conducted by a University psychology professor suggests that people’s perceptions are often clouded by bias. The results, recently published in the American Psychological Association’s Journal of Personality and Social Psychology, indicate that people perceive black men as larger and more threatening than white men of the same size.

“Our interpretation of the things we see is subject to all kinds of biasing processes that we may not be aware of,” says Psychology Professor John Paul Wilson. “In some cases, these biases can have powerful consequences.”

Wilson’s study, “Racial Bias in  Judgments of Physical Size and Formidability: From Size to Threat,” suggests that misperceptions of the physical size of black men could explain why, even when unarmed, they are more likely to be shot and killed by police than white men. “Data from 2016 suggest that young black men were nine times more likely than all other Americans to be killed by law enforcement officers and about four times more likely than young white men,” says  Wilson.

In a series of online experiments, Wilson, the principal investigator, and co-authors from Miami University and the University of Toronto showed more than 950
men and women photographs of faces and bodies of black and white men of equal height and weight.

When asked to assess the height, weight and strength of the men, participants consistently reported that the black men were not only larger but also more threatening.

“The most important finding in this work may be the way this bias showed up again and again, not just across racial lines, but even within race,” says Wilson of study findings that showed black respondents also viewed young black men to be more muscular but less threatening than did the white respondents. “In one experiment, we found that not only did participants judge black men to be larger than white men, but that men with darker skin tone who appear more stereotypically black were even more likely to be judged as large.”

While Wilson suspects these findings reflect long-held biases, more research is needed to determine how deeply ingrained these biases are. “We don’t know yet whether this stereotype can be countered, but we do know that countering biases like this begins with awareness.”