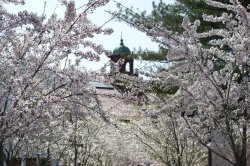 The “Villa of the Antonines” investigation of a Roman imperial villa

Since 2010, CHAS has been conducting the “Villa degli Antonini” Project in Italy. This project is aimed at exploring a Roman imperial villa complex located on the outskirts of Rome at the 18th mile of the ancient Via Appia, in the modern town of Genzano di Roma. The villa is believed to have been the property of the second century CE imperial family of the Antonines on the basis of ancient literary references and the discovery there in the 18th century of high-quality marble busts (now in Rome’s Capitoline Museums) of these rulers.
Villa of the Antonines Field School Brochure
The project, directed by Dr. Deborah Chatr Aryamontri, seeks to determine, in detail, the history, extent and architectural design of this group of structures in the context of Roman imperial villas in general. The project’s archaeological investigations so far confirm the elite character of the complex as evidenced by varied wall frescoes, imported marbles for floor and wall decoration, and mosaics both colored and black-and-white.

Our current work at the site is focused on:

Learn more about the project and its finds, season by season

2019 Villa of the Antonines

We are lucky to have a strong community that believes in the discovery and preservation of this site, as well as our ability to provide an excellent student experience. You can be a part of our community too when you make a generous donation that helps fund student participation for the 2018 season! ‌

We would like to thank AristaCare at Cedar Oaks – Health Services for its generous donation in support of the 2014 field season.

‌Special thanks for their long term support of our project go to our benefactors in Italy: