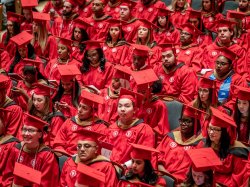 Major in Religion
Meet Our Faculty
Courses We Offer

Due to concerns about COVID-19, the Department of Religion will be open, but working with a virtual presence and available via Zoom. All department-sponsored events have been postponed until further notice. Full-time faculty will maintain office hours online and all faculty (full-time and part-time) will maintain their courses in Canvas.

Please know that we are committed to student service and success at this time and wish you well as we work through the rest of Spring 2020 together.

Religion is ever-present in today’s world. Nationally, we see everything from carefully argued Supreme Court decisions about religious freedom to political debates over the role of religion in matters related to family cohesion, sexuality, and social justice. Globally, religion is a major force in politics and thus is a dominant theme in both major news outlets and social media. 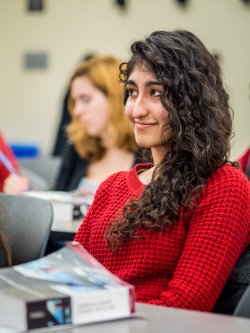 Montclair State is one of the few public universities in New Jersey that offers a Religion major. The major gives students a grounding in many different aspects of the study of religion, while allowing them to choose electives in the areas that interest them most. Religion students have an opportunity to explore the field of Religion and many enroll in a concluding seminar with other students majoring or minoring in Religion. Religion students also have the option to take an Engaged Learning Project course, doing applied work on campus or in the community for credit towards the major. All Religion students are encouraged to investigate the religious cultures of peoples around the world and to experiment with different methods of interpreting religious texts and cultures.

Nationally, Religion majors perform exceptionally well on standardized tests for professional and post-graduate study, including being in the top three performers on the Verbal and Analytical Writing sections of the GRE for graduate school and in overall scores for the LSAT for law school. Our graduates have gone on to careers in education, social services, business and law among other areas.

Careers for Students of Religion 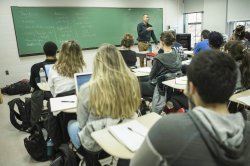 Our faculty in Religion have expertise in religion, society, and culture; religion and politics; religious ethics; and religious texts. Our curriculum covers each of the major religious traditions in today’s world and explores a variety of theoretical and methodological approaches to the study of religion and spirituality in societies, past and present. Our students study the impact of religion on world politics or the role of women in religious history. They can also learn the fine points of interpreting religious texts, like the Qur’an or the Bhagavad Gita or they can examine the philosophies of Buddhism, Daoism, or any of the world’s religious traditions.

Meet Our FacultyRead Our Mission StatementOur Work Beyond the Classroom