Our webinar series explores three ways that White Evangelical Christianity has profoundly shaped current US political and social life:
(1) The rise of white Christian nationalism, as seen at the January 6 Capitol insurrection
(2) The spread of COVID denialism
(3) High levels of Evangelical Christian support for QAnon and other wildly popular, and dangerous, conspiracy theories

All three webinars are available for viewing on MSU’s Digital Commons site: https://digitalcommons.montclair.edu/angry_religion_theocracy_series/ 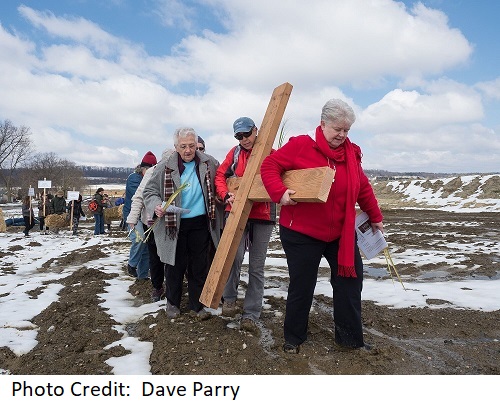 Explore the critical role that non-violent protest plays in US democracy—and how religion & race are shaping eco-activist, anti-pipeline movements today by watching Half-Mile, Upwind, On Foot (2019) and hearing from the Director/Producer Brian McDermott, De Sales University.

This event was made possible by the Department of Religion and its co-sponsors, Departments of Sociology, Justice Studies, Anthropology, and Earth & Environmental Studies. 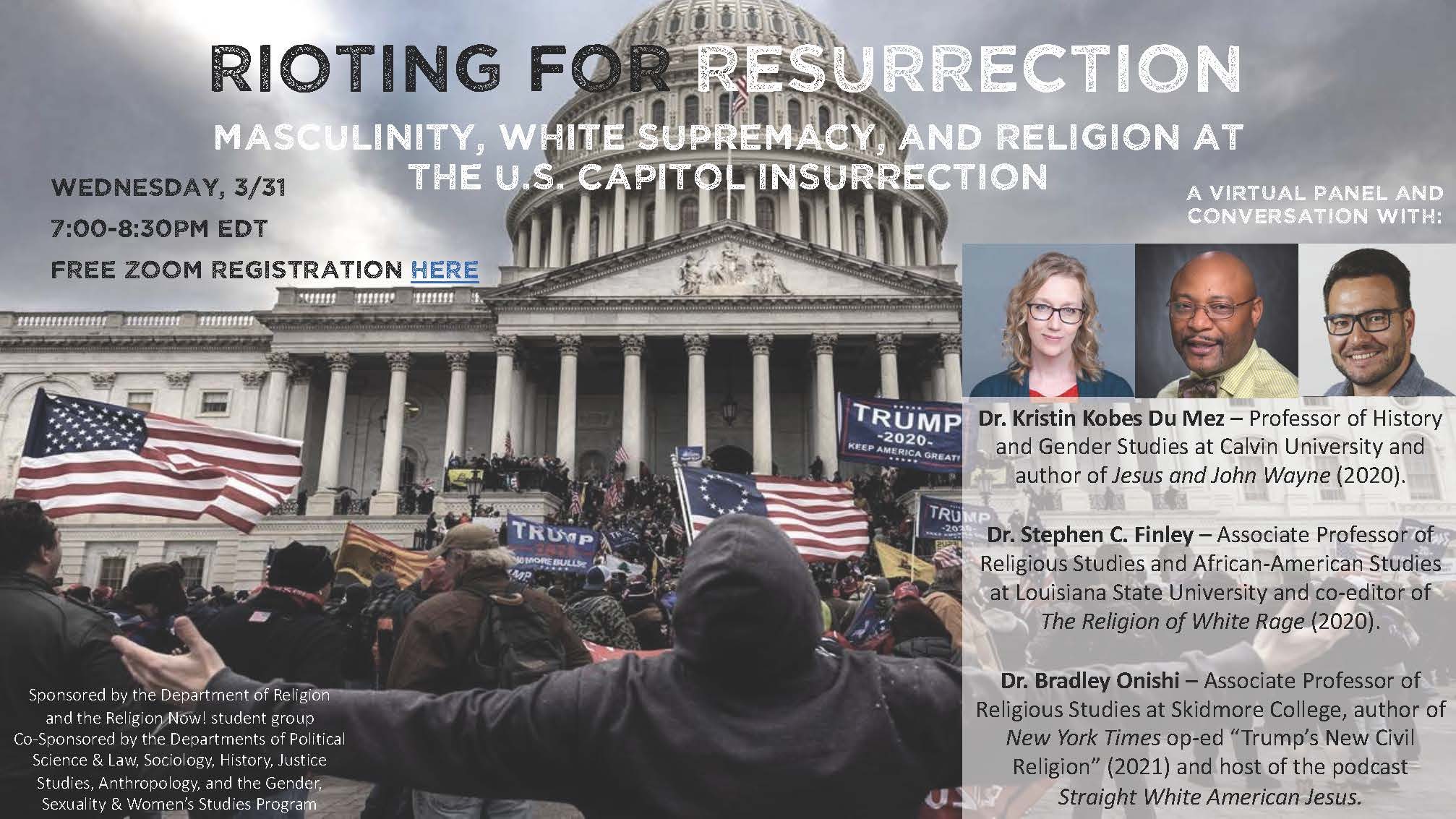 “Rioting for Resurrection” takes a hard look at the role that religion played in the deadly insurrection at the US Capitol on January 6, 2021, giving special attention to the links between white supremacy, Christian nationalism, and distinctly Evangelical notions of masculinity.

This event was made possible by The Department of Religion and the Religion Now! student group along with its co-sponsors: Departments of Political Science & Law, Sociology, History, Justice Studies, Anthropology, and the Gender, Sexuality & Women Studies Program. 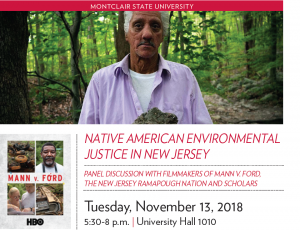 In collaboration with several other departments, the department of Religion presented the HBO Documentary Mann v. Ford which examined the battle of Native communities with the Ford Motor Company over the latter’s dumping of toxic chemicals on Native land. Following the film the filmmakers along with members of the New Jersey Ramapough Nation and MSU scholars conducted a panel discussion on the events shown in the film.