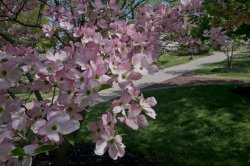 Interpreters and translators require a distinct set of skills, although some people have acquired both and divide their time between translating and interpreting.

Language transcriptionist: Transcription is the act of writing down any information or message received verbally. There is no need to interpret such message nor translate it. All transcriptionists are doing is writing down, in the original language, what they hear as accurately as possible and without giving their opinion or changing the content of such message. Whereas, as stated above, translation is taking a written message and re-writing it into another language and interpreting is taking a spoken message and rendering it verbally into another language.

The following is an overview of the different areas of specialization for interpreters and transcribers.

Over-the-Phone Interpreting: A phone interpreter helps a Limited English Proficient (LEP) person communicate with a third party over the phone.

In person: This service is provided by an interpreter in a face-to-face setting.

Video remote: This service is provided via a video telecommunication equipment.

Consecutive: The interpreter listens to the message, takes notes, and renders it in the target language after the speaker has spoken.

Simultaneous: Here, the interpreter must talk at the same speed as the speaker with only a few seconds in between.

Conference: Conference or large meetings, doing simultaneous or consecutive interpretation, in an institution such as the UN, or the European Union.

Judicial, legal or court interpreting: Courtroom, administrative tribunals or during legal proceedings (police station, a conference room or a sworn in statement)

Escort: The interpreter accompanies a person or a delegation on a tour, a visit, a meeting or an interview (simultaneous or consecutive).

Medical: this interpreting service occurs in a healthcare setting involving Limited English Proficiency patients. The interpreter helps facilitate the communication by rendering the information as accurately as possible.

Legal Transcription. Recordings done in the courtroom during hearings or in law offices for documentation purposes

Voice Mail Transcription. Voicemail transcription involves transcribing voicemails as soon as it is received and sending them through text or emails to the person involved as soon as transcribed.

Foreign Language Transcription. This involves transcribing a dictated report with speakers using a different language. These jobs are typically for linguists and those who have a solid command of a foreign language.

According to a labor market overview presented by U.S. Bureau of Labor Statistics (June 2016), these are the industries employing the most interpreters and translators in 2014:

Median pay of interpreters and translators by industry in 2015:

Employment for translators and interpreters is projected to grow by 29% between 2014 and 2024, compared to 7% for all occupations. The demand should remain strong for frequently translated languages like Spanish, French, German, Portuguese, and Russian. Other languages with strong demand will include Arabic and other Middle-Eastern languages and Asian languages such as Chinese, Japanese, Korean, and Hindi. There will be an increasing use of video relay services for interpreters, especially for American Sign Languages interpreters and a continuing need for military and national security interpreters and translators. Emerging markets include Asia and Africa. The tri-state area is one of the hot spots for interpreters, together with the D.C. area, Boston, Houston, San Francisco, and Los Angeles.

The industry is increasingly looking for qualified translators and interpreters. The demand for holders of a Master’s degree in interpreting or translation will be on the rise in the future. The American Translator Association (ATA) reported in 2016 that 46% of their members held an M.A, 32% a bachelor’s degree, and 10% a doctoral degree.

There is no national certification or licensing for interpreters and translators, except for court interpreters (state or federal). Specific industries offer independent certifications, such as for ASL interpreters or medical interpreters. The U.S. Department of State also offers a test for prospective interpreters. The ATA offers an exam to its members. Those who pass the test are “ATA certified”, which is regarded as a seal of quality in the United States.