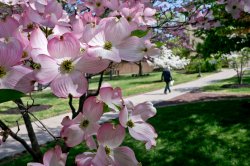 Kirk McDermid (assistant professor of philosophy) received his PhD from the University of Western Ontario. He has published articles on the philosophy of quantum mechanics. His research interests include the philosophy of science, logic, and philosophical issues involved in the creationism/evolutionism debate. Courses he regularly teaches in the Department of Philosophy include: Philosophy of Science, Introduction to Philosophy, and the Philosophy of Biology.

Jon Morgan (assistant professor of philosophy) received his PhD from The University of Texas at Austin. His primary research interests are within philosophy of mind, and his work has appeared in Analysis, Australasian Journal of Philosophy, and Philosophical Studies. You can read more about him and his research on his website. He also directs the Cognitive Science Minor. Courses taught at MSU: Introduction to Philosophy, Philosophy of Mind, Philosophy of Perception, Knowing One’s Mind, Color and Color Experience.

Meghan Robison (assistant professor of philosophy) received her PhD from the New School for Social Research. She specializes in Political Philosophy and Early Modern Philosophy, with competence in Feminist Theory and Philosophy of Art. Some of the classes she has taught include: History of Philosophy, Modern; Feminist Philosophy; Social and Political Philosophy; History of Philosophy, Ancient, a Seminar on Theories of Agency. Her research concerns the relationship between embodiment and authority in early modern political philosophy. She is at work on two book-length projects: The first examines figurations of maternity in modern philosophy. The second offers an original interpretation of the exit from the state of nature in Thomas Hobbes’ Leviathan by connecting the English philosopher’s concept of life as a special kind of bodily movement to the contracts that form the basis of the Commonwealth. In connection to this project is her article: “The Appearance of Power in Hobbes’ Leviathan,” Scienza & Politica: vol. 31, no. 60 (2019). A pdf can be found here. • She is a member of the group Philosophers for Sustainability.

Tiger Roholt (associate professor of philosophy) received his PhD from Columbia University. His research is phenomenology, philosophy of technology, philosophy of art/music. Forthcoming is Roholt’s Distracted from Meaning: A Philosophy of Smartphones (Bloomsbury Academic). Also forthcoming in The Oxford Handbook on the Phenomenology of Music is his chapter, “Performance, Technology, and the Good Life.” Roholt’s publications include, “Being-with Smartphones” (Techné: Research in Philosophy and Technology, 2021); “On the Divide: Analytic and Continental Philosophy of Music” (The Journal of Aesthetics and Art Criticism, 2017); and the book, Groove: A Phenomenology of Rhythmic Nuance (Bloomsbury Academic, 2014). More information can be found on Roholt’s Website. He teaches courses such as Contemporary Continental Philosophy, Philosophy of Technology, Existentialism, and Introduction to Philosophy.

David Benfield received his Ph.D. from Brown University. He published articles in Kant-Studien, Philosophy and Phenomenological Research and Philosophical Studies. His research interests include the Wason Task (and why the “right” answer isn’t really right), the analysis of fictional objects, the ethical and social aspects of cyberspace, and the new public atheism. A member of the national APA Committee on the Teaching of Philosophy, he participated in three NEH Summer Seminars. He helped develop and then regularly taught the “The Professional Semester,” an experiential education course for liberal arts majors seeking work experience. He served in the University Senate as Chair of the Administrative Affairs Council and as Secretary; he was a member of the faculty union and functioned as the official liaison between AFT Local 1904 and the University Senate from 2009 until his retirement as Professor of Philosophy in 2015.

Roland Garrett received his B.A., M.A., and Ph.D. in Philosophy from Columbia University. He published essays in a variety of professional journals, including Social Theory and Practice, the Journal of the History of Philosophy, Transactions of the Charles S. Peirce Society, Philosophy Today, the Southern Journal of Philosophy, the Journal of General Education, Business and Society, Metaphilosophy, and Philosophy and Literature. He served as Vice President for Academic Affairs at Montclair State University from 1981 to 1987 and retired as Professor of Philosophy in 2015.