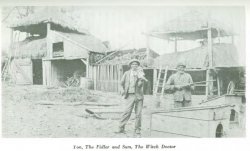 The African American freedom struggle in New Jersey’s colonial and early national history is powerful statement of both the capacity of some to violently dehumanize others and of how those so mistreated rejected this imposed status in defense of their humanity and their liberty. African American New Jerseyans are very well documented in the texts consulted for this essay, but these stories need to be made more widely available to the public. It is honorable that some of the state’s historic sites, like Dey Mansion, are making efforts to broaden their narratives to include stories of the African American struggle to mitigate the injustices of slavery and create a life as free people. We all gain by knowing more about how the state, its leaders, and the majority community consistently oppressed people of color and the manifold ways they resisted this racial agenda.

We need a greater public recognition of the African American contributions of labor, patriotism, social and political organization, community leadership, and the arts that made the settlement and culture of New Jersey what is today. African-descended people literally built New Jersey’s homes, public buildings, roads, and drained its wetlands; they tended the herds, cleared fields, planted, tended, and harvested crops, and hauled these goods to market; they hunted and gathered food and medicinal plants; they drove wagons, operated ferry boats, and worked in the state’s iron mines and forges; they cared for families as babysitters, housekeepers, nurse maids, and provided elder care and companionship. Some established businesses to serve their own people and the community at large; others trained for the ministry and led congregations or studied medicine, law, and education. African Americans New Jerseyans also served in every American war since at least the Revolution.

Each of these contributions was made in the face of the majority in the state who either ignored their struggle or actively despised and/or exploited them. Thus, the ability of African Americans to establish their own relationships, allies, communities, towns, and neighborhoods; create and lead their own churches and schools; print and distribute their own newspapers; cultivate their own artistic and cultural traditions; and persistently defend their humanity and their liberty as well as those of their enslaved brethren in the South—and to do this all in the face a vicious racism at home—should leave all of us in awe of their collective resilience and power.

What should we do next? While I do not claim this essay is the result of a complete and total review of every source on African American history in New Jersey for the time period considered, I do think there are two areas with great promise for new research.

The first is archaeology. I mentioned a few cases where archaeology has contributed to the African American story in New Jersey—particularly at Beverwyck, Skunk Hollow, Timbuctoo, and the project just starting at Dunkerhook in Paramus—and these are not the only sites that have been examined in the state. Nevertheless, a formal program on African Diaspora archaeology in New Jersey has yet to be articulated. Awaiting us are a wide range of untapped archaeological resources that lie buried in the ground or, having already been excavated, housed in museums across the state. The archaeological record is essential to telling the story of historic Africans and African Americans since the sites and artifacts they left behind are among the very few primary sources that can directly connect us to people of color from New Jersey’s past.

A second question that appears ripe for exploration is the relationship across the color line between people of African descent and Native Americans. Documentary sources are clear that Native Americans were enslaved in New Jersey and that people of African and Indian heritage interacted and conspired. Stories of African-descended people escaping to Indian communities are known as well as the presence of Indian and “half-Indian” people in New Jersey communities. We also know that the surnames of some of the early patentees at Old Tappan, such as De Vries and Degroat, are still found among members of the Ramapough Lunappe Nation in Passaic and Rockland (NY) Counties. Similar overlapping histories are also known for the historic free black settlement at Gouldtown and the Nanticoke Lenni-Lenape in Cumberland County. While mixed-heritage histories are inherently complicated, stories of alliances, relations, and community development among these diverse people of color in the state deserves more scholarly attention.

One site where these new directions could be examined together is Ringwood Manor in Passaic County. Already recognized as a nationally significant historic site associated with prominent Hasenclever, Ryerson, Cooper, and Hewitt families, Ringwood Manor today is the site of magnificent historic manor house. The basis of the wealth on display, however, was the mining and forging of New Jersey Highlands iron and many of the furnaces, forges, a grist mill, a saw mill, and workers’ houses survive as archaeological resources. From documents and oral history, we also know that enslaved laborers as well as members of the Ramapough Lunappe Nation worked at Ringwood. Perhaps as much as any other site in the state, Ringwood provides the opportunity to expand the story of New Jersey’s people of color through new research in the archives, the archaeological record, and from the memories of communities historically connected to the site.