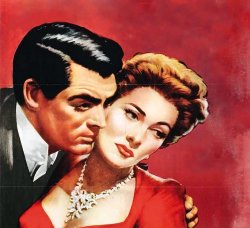 “Everybody wants to be Cary Grant,” Cary Grant once acknowledged. “Even I want to be Cary Grant.” Self-deprecating but self-aware, he knew he was not just an actor but a persona – one he played, or played with, for four decades. For Sundays With Cary, we’ll revisit four of Grant’s classic films, all of which delight in issues of identity and image.