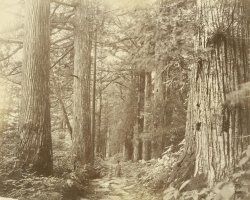 Happenings at the CRC

The CRC is pleased to announce our first guest curator, Charlotte Kent, PhD, Assistant Professor of Visual Culture, Department of Art & Design, College of the Arts at Montclair State University, and author of the just-published book, Writing for College and Beyond (Peter Lang, 2019).

Professor Kent will convene and edit a series of brief essays this fall on the theme of Collaborations.

Presentation Hall, School of Communication and Media, College of the Arts

Dr. Pablo P.L. Tinio, Associate Professor, Department of Educational Foundations of the College of Education and Human Services and the Creativity and Aesthetics Lab at Montclair State University convened the Spring 2019 annual Symposium.

Imagination and Creativity in Science and Education

This symposium brought together experts on the science and teaching of creativity. Together they identified and addressed the common misconceptions about creativity, presented the state-of-the-art in creativity research and pedagogy, and discussed with the audience the many factors that promote or inhibit the expression of imaginative and creative behaviors.

Baptiste Barbot, Assistant Professor, Department of Psychology at PACE University and Associate Editor of Psychology of Aesthetics, Creativity, and the Arts.

Neil Baldwin, Professor, Department of Theater and Dance at Montclair State University and Director of the Creative Research Center

The Creative Research Center has furthered its mission drawing upon the intellectual and innovative energies of the Montclair State University community.

In collaboration with Prof. Norma Connolly, chair, and her distinguished colleagues in the Department of Justice Studies in the College of Humanities and Social Sciences, Jessica S. Henry, Arnaud Kurze, Elenice De Souza Oliveira, and Jason Williams, we will present:

“How much will future generations know about today’s online culture when the average web page lasts 100 days?”

— Abby Smith Rumsey, author of When We Are No More: How Digital Memory Is Shaping Our Future. (New York: Bloomsbury, 2016)

We asked Research Academy for University Learning Director Milton Fuentes and Associate Director Julie Dalley “What is the biggest challenge facing higher education in the next decade?” To read their inspiring and provocative responses, visit the Creative Research Center Guest Blog.

We are proud to publish a new guest essay by Catherine Baird, the Online and Outreach Services Librarian at Sprague Library here at Montclair State.
She takes on the issue of truly “creative” research.
Visit the Creative Research Center Guest Blog

The Creative Research Center has furthered its mission drawing upon the intellectual and innovative energies of the Montclair State University community.

In collaboration with the distinguished faculty of the Department of Religion in the College of Humanities and Social Sciences, we presented The Religious Imagination in the 21st Century Wednesday, April 26th, in the Cohen Lounge, CHSS, from 7:00-8:30 p.m. Fall 2015 – CRC Virtual Artist in Residence Nell Painter Returns to Princeton and gives a fascinating interview to the online magazine Dime and Honey.

Neil Baldwin, Director of The Creative Research Center, was given the special privilege of conducting a wide-ranging seminar on “American Culture” for visiting graduate students from Shanghai Theatre Academy in July.

The Fifth Annual CRC Symposium on the Imagination

The recent “Weapons of Math Destruction: What is an Algorithm?” event explored what algorithms are (and are not), how they are built, their positive and negative effects, and the ways we can examine them for fairness and ethical behavior.

‘THERE!’ Works by CRC virtual artist-in-residence Nell Painter On display through June 30, 2016 at:

CRC director Dr. Neil Baldwin was featured on the latest episode of CarpeDiem, a weekly news magazine from the School of Communication and Media at Montclair State. Dr. Baldwin discussed his acclaimed biography of the renowned innovator of American poetry Dr. William Carlos Williams, To All Gentleness: William Carlos Williams, The Doctor-Poet, which chronicles the life of the New Jersey poet who wrote from the perspective of a doctor and practiced medicine with the compassion of a poet. Carpe Diem also documented a memorable event at the Meadowlands Museum honoring the poet his extensive work as a physician.

April 14, 2015 in alliance with The Feliciano Center for Entrepreneurship & Innovation
The Entrepreneurial Imagination – with John Kounios – author of The Eureka Factor

The Cinematic Imagination – Part I
A Conversation with Cari Ann Shim Sham
February 4, 2014

The Scientific Imagination: Where Do Ideas Come From?

The Montclair State University Creative Research Center in association with The College of the Arts, The College of Science and Mathematics, and The School of Communication and Media presents The Second Annual CRC Symposium/Video – The Scientific Imagination – Where Do Ideas Come From?

The Creative Research Center was established two years ago as the first – and only “virtual Center” at Mont. Its ambitious mission is to promote a continuous conversation about the role of the creative imagination in all fields – not only in the arts.

This one-hour video is a wide-ranging conversation about the delights and complexities of the scientific imagination. The panel discussion includes a series of short films produced and narrated by current broadcasting students and recent graduates that takes us “behind the scenes” for a first-hand look at the current projects and explorations of five distinguished scientists, as well as surprising revelations from their pasts about how they became immersed in their scientific ways of life.

The program explores how science and creativity have come together in these five careers, and how the imagination comes into play when these scientists are engaged in a project.

Thanks to Earl Harris & Alexandra Thelin for their continuing technical expertise.

Our vision for stimulating an expansive cultural dialogue crossing physical boundaries culminated in a live event, Imagination in the Post-9/11 World: How Have We Changed? on October 12, 2011.