JAN 27 – Due to inclement weather, this event has been rescheduled for February 17 (see below for details)

Montreal-born Heidi Latsky first received recognition dancing for the Bill T. Jones/Arnie Zane Dance Company (1987-1993). As a choreographer, she has represented Canada in festivals in Israel and France; received commissions from Cannes International Dance Festival, American Dance Festival, Whitney Museum of Art, and The Joyce Theater (with former partner Lawrence Goldhuber); and has presented at NYC venues including Central Park Summerstage, Danspace Project, and The Duke on 42nd Street. Latsky headed the Movement Department at The School for Film and Television (1998-2005), teaches Performance Skills workshops around the country, and is currently on the faculty of STEPS NYC. She is a renowned advocate for diversity in the arts as a speaker (at venues including Harvard, Barnard, Queensborough Community College, and NY Academy of Medicine) and is a founding member of the Disability and NYC Dance Task Force. In 2006, she began The GIMP Project, a body of work that includes dancers with and without disabilities. These works have been presented nationally and internationally, and are the subject of an Emmy-nominated news feature; an AP multi-media piece; features on CNN, NET, and NPR. 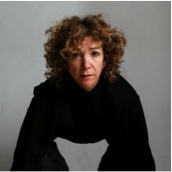 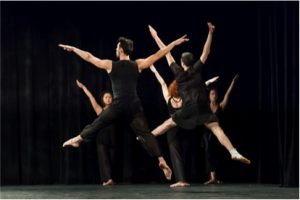 Founded by Alex Steyermark and Lavinia Jones Wright, the 78 Project story is a groundbreaking documentary-based transmedia project that began as an acclaimed web series in 2011 and has since evolved to include an ever-growing collection of full-length webisodes and streaming acetate recordings, soundtrack albums, live events series, and now a feature length film.

Alex Steyermark’s feature films, “Prey for Rock & Roll” (2003), “One Last Thing…” (2006), and “Losers Take All” (2013), with casts including Cynthia Nixon, Ethan Hawke, Gina Gershon, Michael Angarano and Wyclef Jean, have been acclaimed at US and International film festivals from Sundance to Toronto to Tribeca, and are distributed throughout the world.  Steyermark started his filmmaking career as a documentary cameraman and editor, before segueing to feature film picture and music editing.  Prior to directing, he distinguished himself as a film music supervisor and music producer working with a wide array of recording artists (including David Bowie, Public Enemy, Michael Jackson, Dave Grohl and more) on films by Spike Lee, Ang Lee, Jonathan Demme and Robert Rodriguez, among many others.

A Philadelphia native and current Brooklyn Resident, Lavinia Jones Wright has documented and contributed to both the New York and Philadelphia music scenes extensively.  Most recently as a member of ASCAP’s marketing department, she wrote and edited words, audio and video for ASCAP’s Playback Magazine, website, award shows and ASCAP’s Field Recording web series and coordinated for ASCAP’s Inside Music e-newsletter.  As a journalist, Lavinia has contributed to Billboard, SPIN, WSJ Speakeasy, AOL Spinner, Harp, Magnet and Crawdaddy! among others.  Both independently and with venues and promoters, Lavinia has organized numerous concerts, festival shows and special events.  She has recorded and performed as a member of Adam Arcuragi and the Lupine Choral Society, the inventors of the Death Gospel genre. 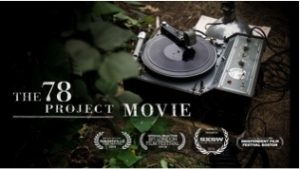 Lauren Versel is a founding member of Lucky Monkey Pictures and has over twenty-five years of experience in film, television, and theater as a writer, director, editor, producer and financier. She earned a BFA from the University of Maryland and was a Directing Fellow at The American Film Institute in Los Angeles.  Lauren has worked extensively in all aspects of the industry. As a screenwriter of 25 screenplays, she has collaborated with many noted producers, directors and actors, including Barry Levinson, John Frankenheimer, David Brown, and Bill Murray. As a television producer and editor, she has delivered many hours of documentary, news and narrative television for CBS, PBS, NBC, MTV, and HBO. She also wrote, directed, and produced the off Broadway play, The Barbie Project.

Her 2013 film is Richard LaGravenese’s (Beautiful Creatures, P.S. I Love You, The Fisher King, The Bridges of Madison County) adaptation of The Last Five Years based on the musical by the Tony Award winning composer Jason Robert Brown, starring Anna Kendrick and Jeremy Jordan. 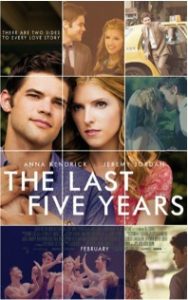 Sam Hoffman has enjoyed a twenty-year-and-counting career in the New York feature film and television industry in producing, directing, and assistant directing capacities.  He most recently produced the new series Madam Secretary starring Téa Leoni and has worked with such directors as Wes Anderson, Woody Allen, Richard Linklater, Tim Robbins and Mike Newell.  In 2009, he created the renowned website www.OldJewsTellingJokes.com; the site’s video portraits have been viewed over 15 million times, been released on DVD, and broadcast on the BBC. The site has been featured on countless blogs as well as in New York Magazine and The Wall Street Journal, among other publications. Mr. Hoffman’s book, based on the site, is now in its fourth printing. 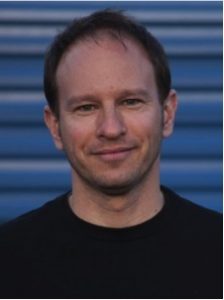 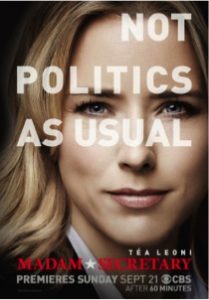 Nights is an experimental documentary feature movie, over 10 years in production. A contemporary 1001 Nights, including stories from the Levant from the 9th – 20th centuries, Nights explores the power and voice of the narrative in stories believable and unbelievable.

Grahame Weinbren is the editor of the Millennium Film Journal, a journal of avant-garde film, video and works in other image technologies. Since 1990, he has been a visiting professor for photography and computer arts at the School of Visual Arts in New York City. Weinbren is a pioneer of interactivity; he has been making films since the early 1970s, and has edited features, documentaries, music videos, and commercials. He has published widely on interactivity and cinema, and has lectured on interactivity and cinema throughout the world.

Since the mid-1970s, Anthony Forma has collaborated as Director of Photography with many documentary filmmakers and artists. Before moving to Budapest, Hungary, in 1989, Forma had been the DP for the Indie filmmaker Ross Spears on his feature documentaries, The Electric Valley, Long Shadows and Agee (Academy Award Nominee Best Documentary). Last year, Forma was principal DP for two feature Dirty Business: Clean Coal and Rediscovering Alexander Hamilton. 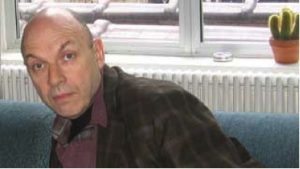 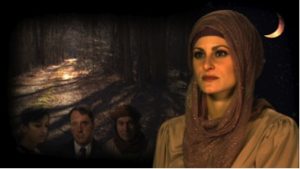 SAM POLLARD is an accomplished feature film and television video editor, and documentary producer/director whose work spans almost thirty years.  He recently completed as Producer/Director a 90-minute documentary titled The Ground On Which I Stand: August Wilson for the PBS series American Masters.

Between 1990 and 2010, Mr. Pollard edited a number of Spike Lee’s films:  Mo’ Better Blues, Jungle Fever, Girl 6, Clockers, and Bamboozled.  As well, Mr. Pollard and Mr. Lee co-produced a number of documentary productions for the small and big screen:  Spike Lee Presents Mike Tyson, Four Little Girls (nominated for an Academy Award), When The Levees Broke (winner of three Emmy Awards), and If God Is Willing And Da Creek Don’t Rise. In 2012, Mr. Pollard produced and directed the documentary Slavery By Another Name for PBS and finished editing Venus and Serena for Showtime. 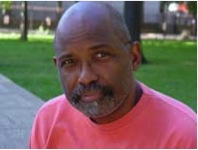 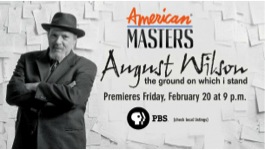 The Square is a 2013 Egyptian-American documentary film by Jehane Noujaim, which depicts the ongoing Egyptian Revolution of 2011 from its roots in Tahrir Square. The film was nominated for the Academy Award for Best Documentary Feature at the 86th Academy Awards. It also won three Emmy Awards at the 66th Primetime Creative Arts Emmy Awards, out of four for which it was nominated.

Daily Variety cited Tony Pemberton as One of Ten Directors to Watch when his first feature film Beyond the Ocean premiered in the Dramatic Competition in the Sundance Film Festival. It was nominated for a Grand Jury award, and received the Princess Grace Foundation Statue Award. “Beyond” weaves together a character’s life that is split in time by her own immigration and memory and was made independently in Russia, Austria, and America by Go East Film, Intrinsic Value, & Ursula Wolschlager. His newest film is Buddha’s Little Finger, a drama set during the failed coup against President Mikhail Gorbachev based on the book of the same name. 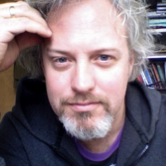 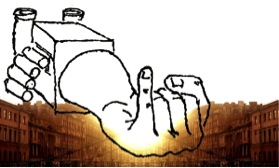 TBD APRIL 7 – GUESTS TO BE CONFIRMED

Dark Was the Night is an upcoming 2014 thriller film directed and produced by Jack Heller, and written by Tyler Hisel. The film is based on true events. 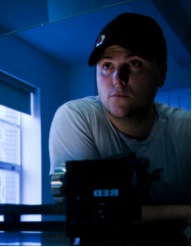 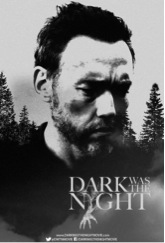 Lacey Schwartz is the CEO of the production company Truth Aid. She is a director/producer who has worked with a variety of production companies and networks, including MTV, BET and @radical.media. The documentary LITTLE WHITE LIE is the first film that Lacey has directed. She also Executive Produced the narrative film DIFRET which won audience awards at the 2014 Sundance and Berlin Film Festivals. Lacey has a BA from Georgetown University and a JD from Harvard Law School. She is a member of the New York State Bar. 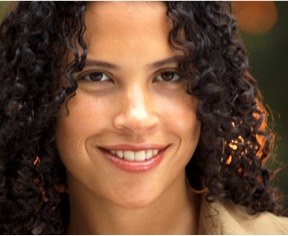 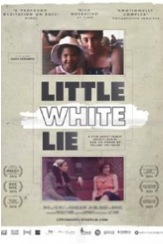 TBD APRIL 28 – GUESTS TO BE CONFIRMED