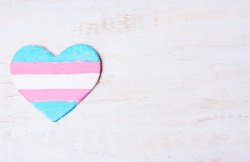 Montclair State University Athletics is an affiliate of the National Collegiate Athletic Association (NCAA). In 2011, the NCAA approved a transgender policy aimed at allowing student-athletes to compete in accordance with their gender identity. The information presented below was taken from the official NCAA website:

A trans male (female to male) student-athlete who has received a medical exception for treatment with testosterone for gender transition may compete on a men’s team but is no longer eligible to compete on a women’s team without changing the team status to a mixed team. A mixed team is eligible only for men’s championships.

A trans female (male to female) student-athlete being treated with testosterone suppression medication for gender transition may continue to compete on a men’s team but may not compete on a women’s team without changing it to a mixed team status until completing one calendar year of documented testosterone-suppression treatment.

Intramural Sports is a program designed to offer opportunities for participation in a wide variety of sports and activities at the collegiate level. Many students have played sports at the high school or recreational level, and Intramural Sports affords the opportunity to stay active in sports without the time commitments or skill level of the varsity player. All sports are broken down into four different leagues which include: Men’s, Women’s, Open and Greek. Determination for Men’s and Women’s leagues are based on an individuals gender identity and open leagues are open to all. Each player can only join one team per league (i.e. a player is allowed to play in one open league and one Women’s/Men’s league). The Greek division only contains a men’s and women’s league for each sport.