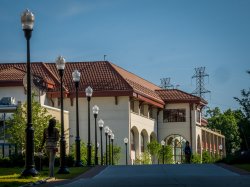 While free speech includes the right to symbolic speech or even to not speak, it does not include language that is aimed at achieving results of violence or criminal acts and is likely to achieve it.

Montclair State University recognizes its responsibility to foster an atmosphere of respect, understanding and good will among individuals and groups, with special sensitivity to those most likely to be subjected to disrespect, abuse and misunderstanding because of age, disability, ethnicity, gender, gender identity or expression, national origin, race, religion, and sexual orientation. The goal is to create an unbiased community where all individuals feel free to express themselves in ways that are appropriate in a multi-ethnic and multi-cultural society and to pursue their work and study in an atmosphere which values individuality and diversity.

Bias Incident: A bias incident is conduct, speech or expression that is motivated by bias or prejudice but doesn’t involve a criminal act. Bias incidents may, however, violate campus codes or policies. Report Bias Incidents Here

Hate Crime: A hate crime is a criminal act (such as physical assault, intimidation, arson or vandalism) that is motivated by bias. Biases included in hate crime statutes may include race, ethnicity, religion, sexual orientation, gender and disability.