On a day for reflection, giving back and supporting local communities, nearly 300 Montclair State University students volunteered on Saturday, September 10 – gardening, planting, painting, cleaning, assisting adults with disabilities and adopting grandparents – to commemorate the National Day of Service and Remembrance.

The University’s Center for Community Engagement sponsored the events to allow students to serve in a meaningful way, to honor all those who died and responded, rekindling the spirit of unity that arose in America in the immediate aftermath of the September 11, 2001, terrorist attacks.

As in years past, students volunteered both on and off campus, spreading out across the region from the Montclair YMCA and the Boys & Girls Clubs in Clifton to Pillar Care for adults with cerebral palsy in Livingston and adopting grandparents at Canterbury Village in West Orange.

Katarina Rodriguez, a junior Business major, who helped stain the fence that borders the Montclair YMCA, says volunteering on the Day of Service “allowed me to pay remembrance towards the tragedy of 9/11 in an intentional way.”

On campus, volunteers supported the Red Sand Project to raise awareness about human trafficking and exploitation. Sponsored by the Global Center on Human Trafficking, participants filled sidewalk cracks with red sand to recognize and represent victims of human trafficking who fell through the cracks.

Women who had been trafficked and homeless joined a group of Montclair students and President Jonathan Koppell at the Boys & Girls Club, sharing with them how special it was to receive blankets made by Day of Remembrance volunteers while they were supported at Covenant House. Hearing their stories, students gained a different perspective on what they were doing and the impact of their service. 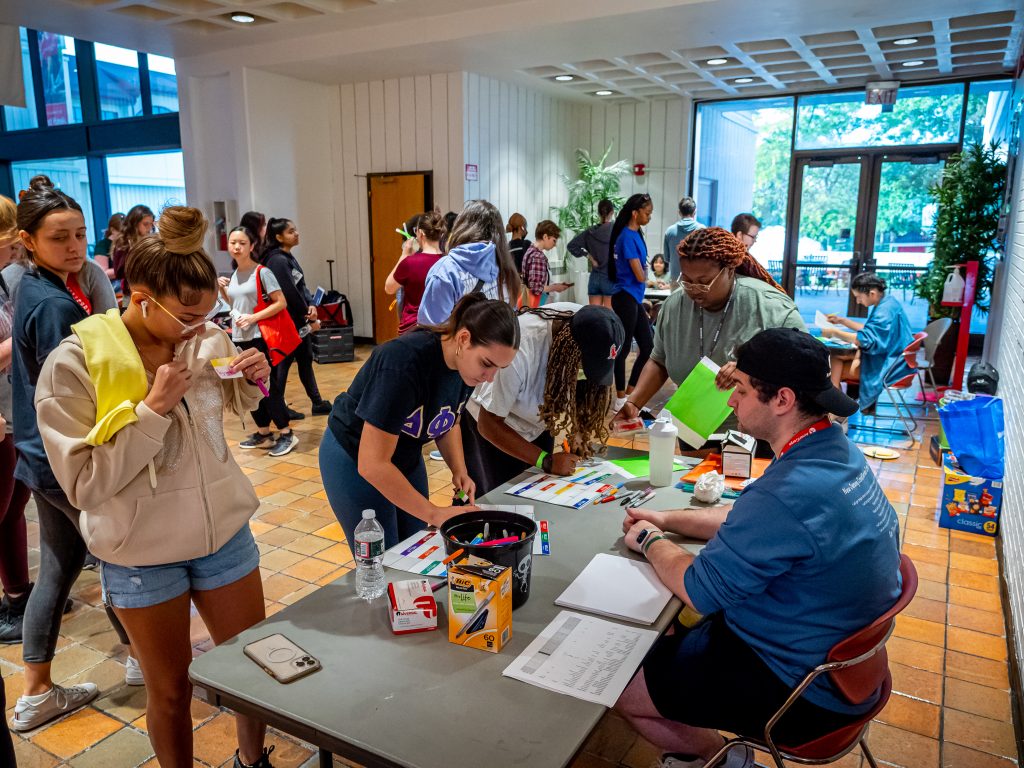 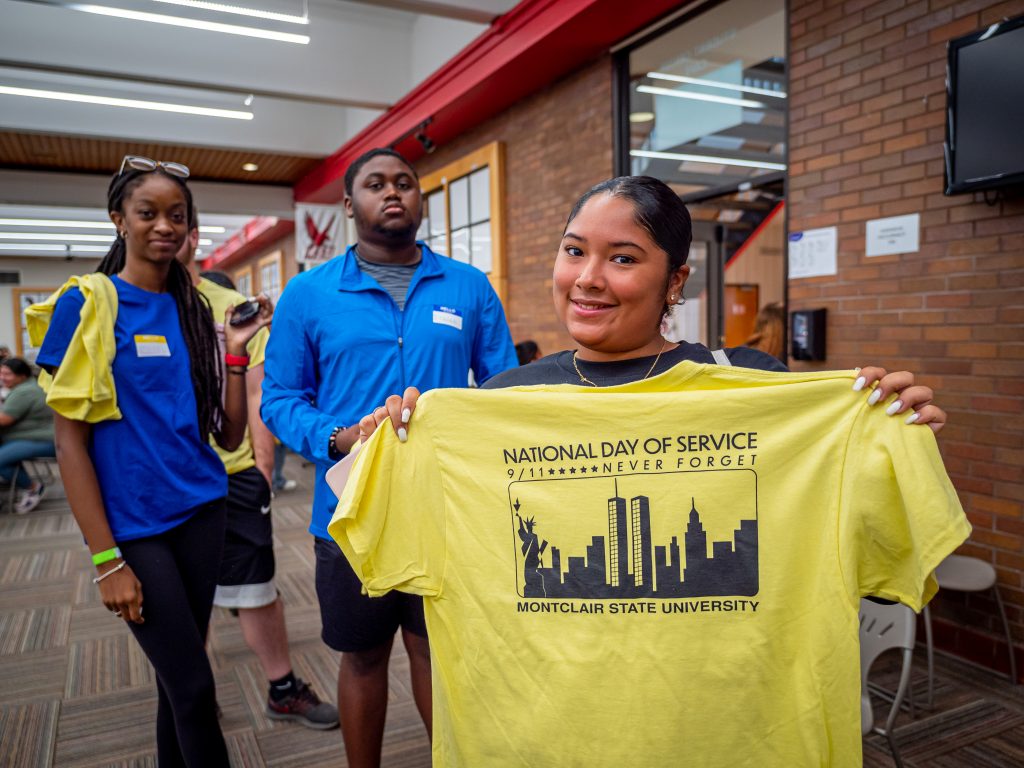 Montclair students spread out across the region wearing National Day of Service T-shirts. 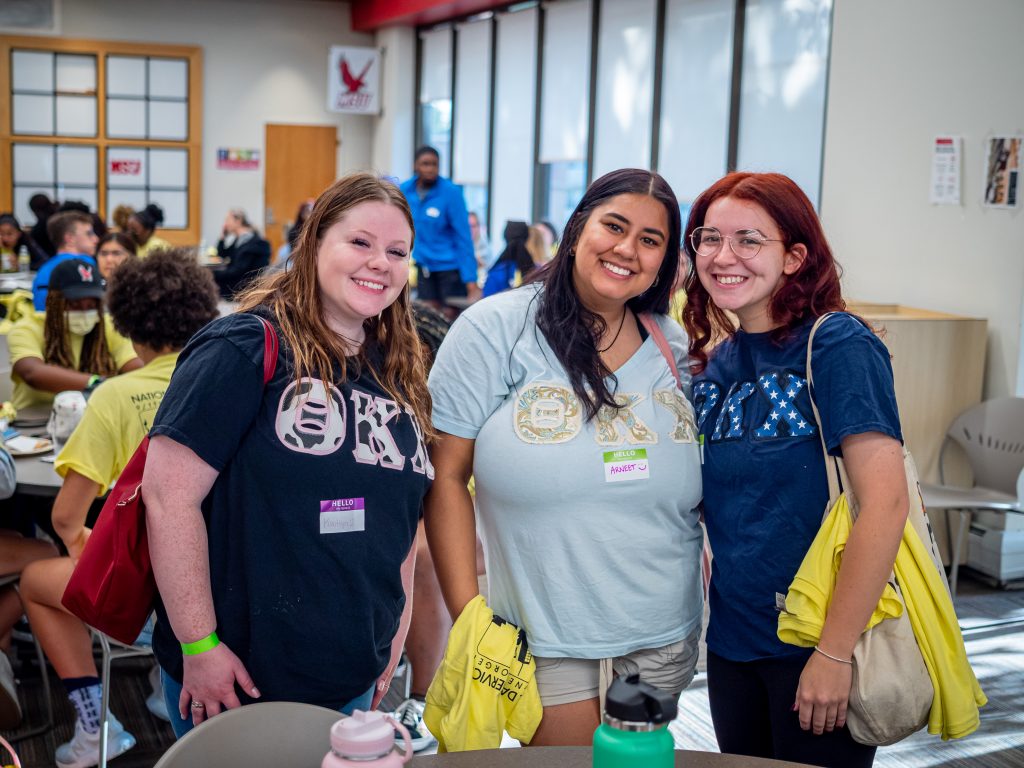 From left, Kaitlyn Mahon, Arneet Bhatti and Kaitlin Zazzaro were among the members of Greek Life who volunteered. The Theta Kappa Chi sorority sisters agreed, when Mahon, a senior Linguistics major, said, “Volunteering on 9/11 was an amazing way for Montclair students to come together and give back to our community.” 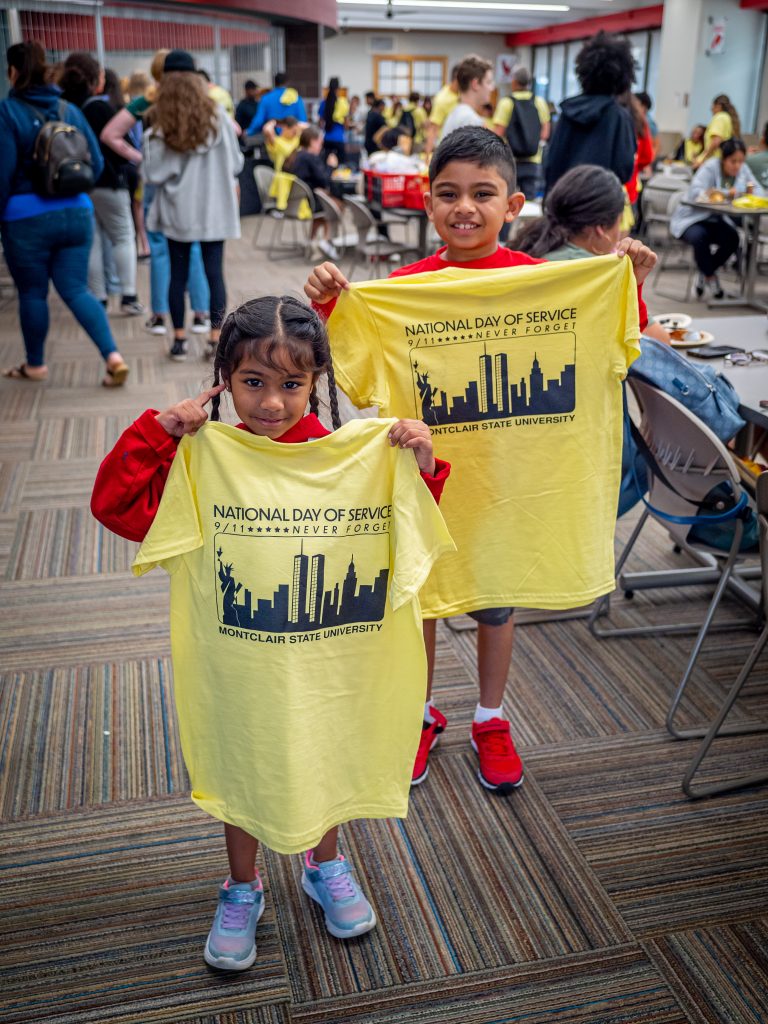 Never too young to serve. 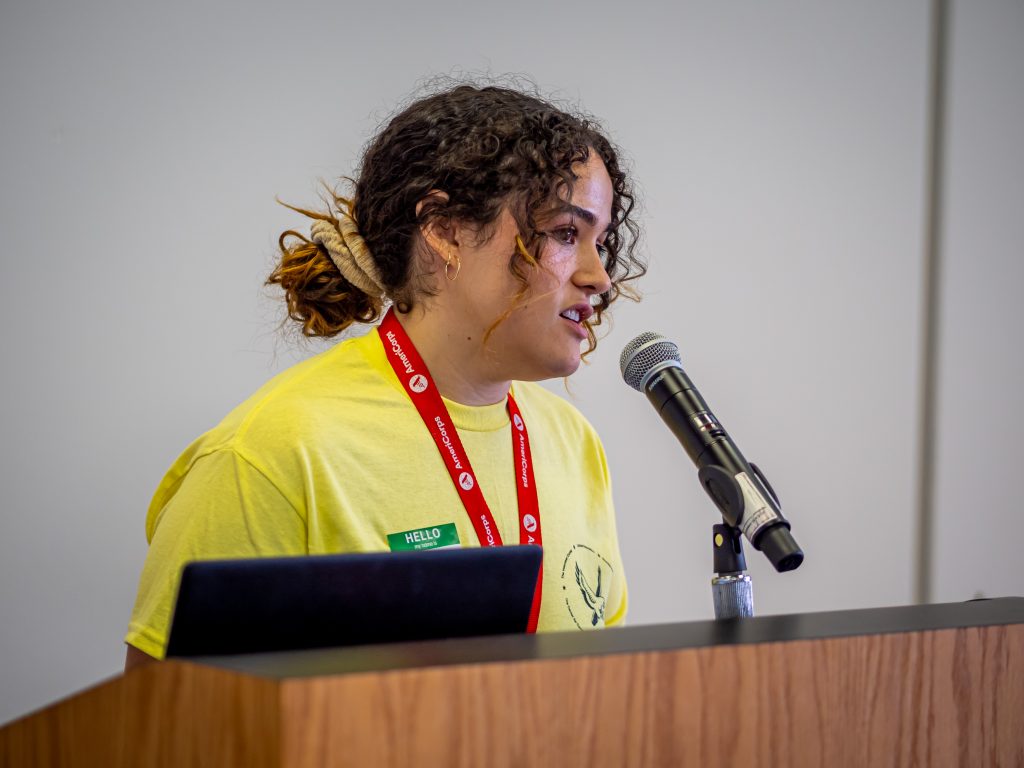 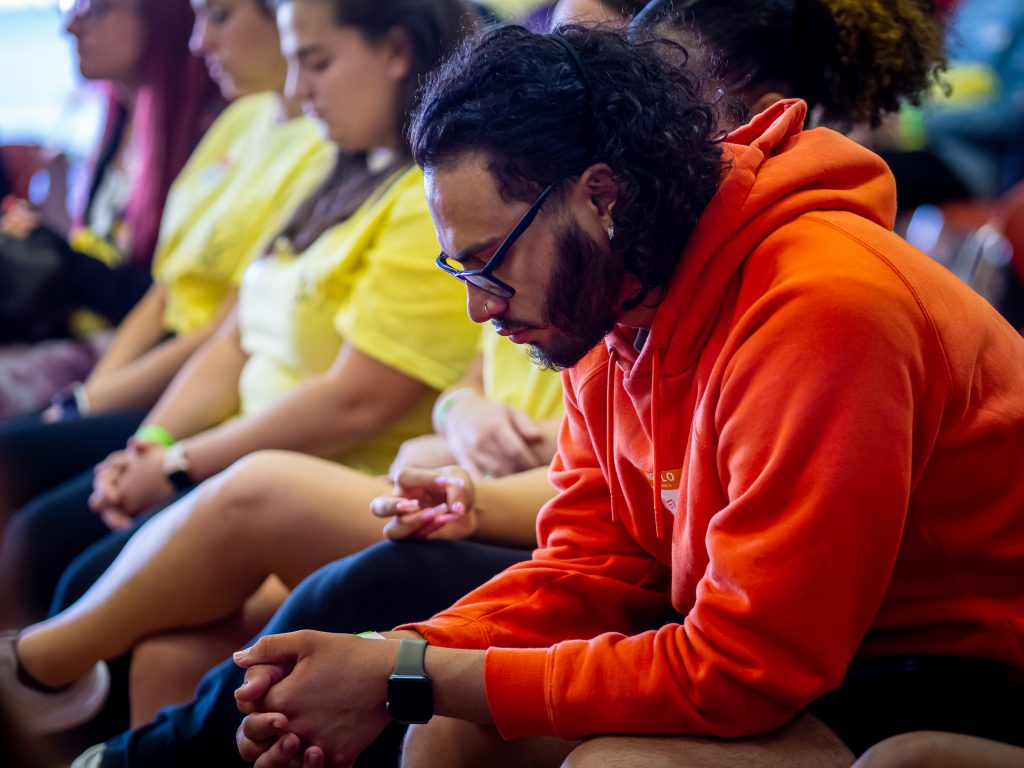 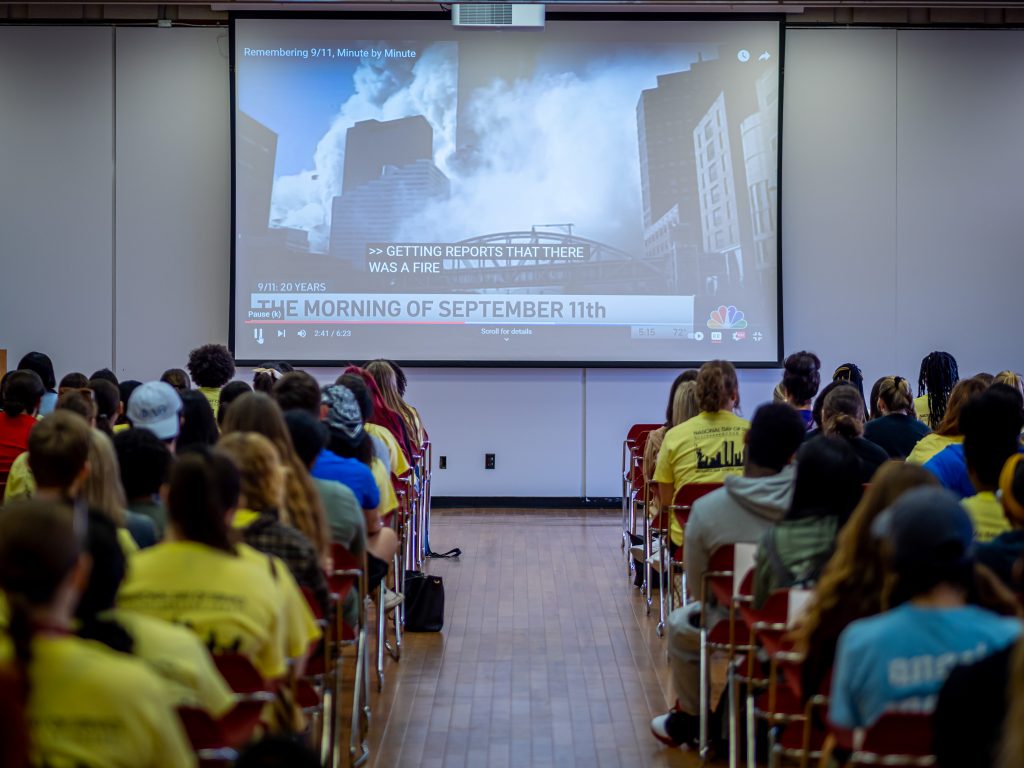 Many Montclair student volunteers were not yet born or were babies on September 11, 2001. The campus program helps reinforce the historic meaning of the day, the sacrifice made by first responders and the importance that public service plays in our country 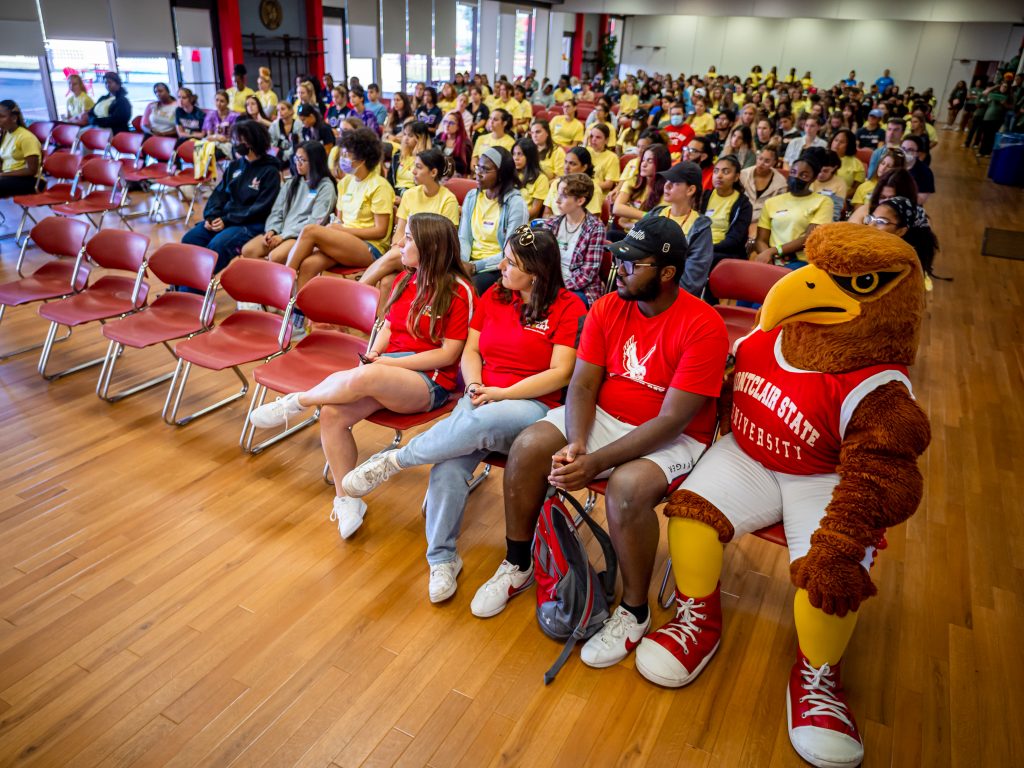