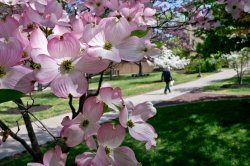 Why Asian Languages and Cultures?

What have students who have studied Asian languages done beyond MSU?