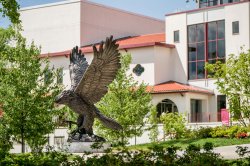 Writer, co-producer of The Simpsons

Don’t wake Michael Price from the incredible dream he’s having. It’s the one where he’s collaborating to create the most iconic piece of American pop culture of the last quarter century and the longest-running animated show in television history.

As long as The Simpsons keeps getting renewed, he won’t have to wake up, because it means he’s actually still living that dream. For the last 11 years, Price has been an integral part of the writing team of The Simpsons. On his first day, he worked on the 300th episode and a year ago he wrote the 500th episode. “Sometimes I have to pinch myself,” says Price.

The Simpsons, now in its 24th season, is also perhaps the most watched and recognizable show worldwide—translated into many languages, including Punjabi, Hindi and Hungarian. “No matter what time it is, somewhere someone is watching The Simpsons,” he says.

Growing up in South Plainfield, N.J., in the ’60s and ’70s, Price was an avid TV watcher—glued to reruns of the Marx Brothers, Laurel & Hardy and Abbott & Costello shows. He rattled off TV trivia like other kids threw around baseball stats.

“The biggest treat was getting to stay up late and watch Johnny Carson, Monty Python or Saturday Night Live,” he says. “What I didn’t know then was that I was studying for what I was going to eventually do.”

As a theatre major at Montclair State, Price wrote and directed plays on campus. He later got his master’s degree in directing at Tulane University in New Orleans. Prior to writing for television, he performed sketch comedy with Gotham City Improv in New York and acted, directed and wrote plays with the Ironbound Theatre Company of Newark, which at the time was made up of a lot of fellow Montclair State grads. “Being in the theater department at Montclair State was the first time I was part of a creative community like that. It’s where I learned I was good at something.”

He eventually made his way to California and drove a taxi while looking for work as a writer. His big break came in 1996 when he got a job on Disney’s short-lived Homeboys in Outer Space. Though the show bombed, he worked on it with Al Jean and Mike Reiss, who were taking a break from The Simpsons to write some Disney projects. When the show got canceled, Jean and Reiss went back to The Simpsons and eventually brought Price along.

“The Simpsons has been amazing —it’s the most stable job in television,” Price says, noting this is his 11th season with the show. “It just goes to show, you never know. Homeboys in Outer Space was the go-to punch line for the worst show of all time, but it led to the best job in the world.”

Price has since won two Emmy Awards for his work on The Simpsons and faces the weekly challenge of keeping the show fresh. The easy part is writing for the characters Matt Groening created. “Homer Simpson is the greatest character ever created by anyone,” says Price. “And Krusty the Clown lets me channel all the old stuff I grew up on.”

Price hopes The Simpsons continues to be the longest-running animated show—for years to come. “I don’t want to picture my life without The Simpsons.”