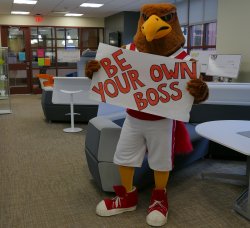 Dennis retired in the summer of 2012 from Verizon New Jersey Inc., where he served as President and CEO for more than a dozen years. Dennis’ 33 year career at Verizon and its predecessor companies challenged him with numerous assignments and responsibilities across many organizations.  Beginning as an engineer with New Jersey Bell in 1979, he worked in a variety of jobs with increasing responsibilities in operations, regulatory, external affairs and public policy positions. Dennis was named President and CEO of Bell Atlantic West Virginia in 1995, where he served until his appointment as President and CEO of Verizon New Jersey in 2000. Overseeing one of the largest companies in the state, Dennis helped guide Verizon through unprecedented advances in telecommunications technologies, helping to transform the company from a predominately voice services company in 2000 to a potent voice, data and video services company today.

Dennis’ leadership across New Jersey’s economic development and education sectors has garnered numerous awards and recognitions. Included among them are being inducted into Rutgers University Hall of Distinguished Alumni, being selected to receive the Humanitarian of the Year Award from the American Conference on Diversity and being inducted into the New Jersey Business Hall of Fame.

Dennis is a graduate of the West Virginia University Institute of Technology, with a BS degree in mathematics. He also holds an MBA in finance and economics from Rutgers University and a MS degree in counseling from the Johns Hopkins University.  Dennis holds a Top Secret federal government clearance and he has been awarded four honorary doctorates.