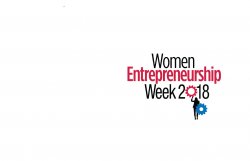 Kim C. Hanemann is Senior Vice President, Electric Transmission and Distribution, at Public Service Electric and Gas Company (PSE&G). Headquartered in Newark, PSE&G is one of the largest combined electric and gas companies in the United States and is also New Jersey’s oldest and largest publicly owned utility. PSE&G is the largest subsidiary of Public Service Enterprise Group Incorporated (PSEG).

At PSE&G, Ms. Hanemann is responsible for ensuring the on time, on scope and on budget execution of the company’s large transmission and distribution construction projects, which includes overseeing project management, project controls, licensing and permitting, and commissioning. Her organization also includes a mobile construction workforce and an environmental projects and services organization. During the period 2013 through 2017, the portfolio under Ms. Hanemann’s management represented an investment of approximately $10.0 billion.

Ms. Hanemann is a member of the board of directors of Middlesex Water Company and the board of trustees of Children’s Specialized Hospital.

A graduate of Lehigh University with a bachelor’s in mechanical engineering, Ms. Hanemann also holds a Masters of Business Administration from the Rutgers Graduate School of Management.