LASER (Linking Arts and Science through Education and Research) aims to reform the state of mathematics and physics education at Montclair State University through a STEAM experience which involves (i) innovative teaching practices in our physics and mathematics courses, (ii) involvement of students in research and (iii) development of new courses, all at the interface of science and art. The idea is to draw upon the universal appeal of the arts and the well-recognized and successful creative elements of the artistic disciplines to reform the way physics and mathematics are taught. 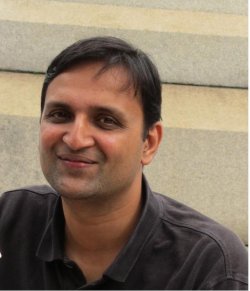 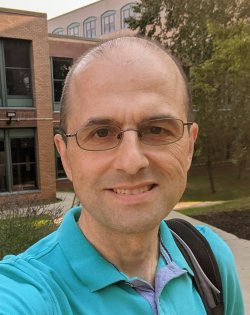 Groups of symmetries in music

Mathematicians and musicians alike have long noticed that pitch classes from music are related to integers modulo 12 (Z_12 ), by taking for example 0 to be C, and form the so-called musical clock. This identification allows the use of abstract algebra to model musical events and study musical arrangements. Composer M. Babbitt was one of the first musicians to use Group theory to analyze musical pieces. For example, in the famous piece by J.S. Bach, The Fugue, the composer uses transposition and inversion as a compositional tool: the transposition moves a sequence of pitches up or down and an inversion reflects a melody about a fixed axis. Mathematically speaking these transformations represent functions Tn:Z12 → Z12 with Tn(x) = x + n (mod 12) and In:Z12 → Z12 with In(x) = -x + n (mod 12). The two generate the Dihedral Group of order 24, the group of symmetries of a regular 12-gon like the one in the figure above. The actions of this group give rise to intricate interpretations of classical pieces: Beethoven’s 9th Symphony can be viewed as a path on a torus. The objective of this project is to use group theory to analyze classical music, to discover techniques and structures specific to certain composers and to compose new music while learning abstract algebra.

Making music using automated algorithms has fascinated scientists even before the invention of computers. In early 1950s Iannis Xenakis started to experiment with stochastic processes and used them for generating musical pieces by hand, without a computer. The first entirely computer-generated composition, The Illiac Suite for String Quartet, was published by Lejaren Hiller in 1956. Since then, many mathematical and computational methods have been used to produce music in all styles and forms. Jazz is one of the most fascinating musical styles making heavy use of improvisation, polyrhythms, syncopation and the swing note. The apparent randomness of the musical improvisation behind jazz solos can be modeled mathematically using Markov chains. A Markov chain is a stochastic model describing a sequence of possible events in which the probability of each event depends only on the state attained in the previous event. A first-order Markov chain takes the previous outcome into consideration, a second order chain two previous outcomes, and so on. A probability table or a state diagram for a first-order Markov process would be formed by finding the probabilities by which each note appears after any of the other notes in an existing piece of music. An example of such a state diagram is presented in the figure above. The procedure has been used for some time to generate new music derived from existing songs. The project is ongoing and is currently modeling the styles of Miles Davis, John Coltrane and George Benson in their solo interpretation of the song So what composed by Miles Davis. Future plans include using other similar deterministic and stochastic algorithmic composition tools to model jazz musicians and compose new musical pieces in similar styles.

Sound in human singing or speaking is produced when air flows from the lungs and creates a pressure drop across the larynx. Because of this pressure change, the vocal folds start oscillating transversally, modulating the air pressure and flow and producing sounds. This initial raw sound is further controlled and modified by the changes in the shape and size of the mouth cavity, the tongue position and profile and other considerations. From the mathematical point of view, this complex system is a fluid structure interaction problem which is described by the Navier Stokes equations.

This is a highly nonlinear system of partial differential equations which is very difficult and most of the times impossible to solve through analytical methods. Although the problem has been studied since the 1940s it is far from being solved. My goal in this project is to create physical and numerical models for vocal singing in order to improve training of opera singers in the School of Music at Montclair State University.

In his classic study in 1908, A.M. Worthington gave a thorough account of splashes and their formation through visualization experiments. In more recent times, there has been renewed interest in this subject, and much of the underlying physics behind Worthington’s experiments has now been clarified. One specific set of such recent studies, which motivates this paper, concerns the fluid dynamics behind Jackson Pollock’s drip paintings. The physical processes and the mathematical structures hidden in his works have received serious attention and made the scientific pursuit of art a compelling area of exploration. Our current work explores the interaction of watercolors with watercolor paper with the aim of informing and developing new artworks based on this understanding. Specifically, we have conducted experiments to analyze the settling patterns of droplets of watercolor paint on wet and frozen paper (figure 9). Variations in paint viscosity, paper roughness, paper temperature and the height of a released droplet have been examined from the time of impact, through its transient stages, until its final, dry state. We are interested in observable phenomena such as paint splashing, spreading, fingering, branching, rheological deposition and fractal patterns which are studied in detail and classified in terms of the control parameters. In a paper published on this subject earlier this year (Baron, Su and Vaidya, 2016), we discuss the results of our preliminary experiments in detail. Along with graduate student, David Baron, PI Vaidya is working on developing a theoretical model of the problem. The model is based upon the lubrication approximation of a spreading droplet derived from the St. Venant’s equations (Yarin 2006; Kim and Chun, 2001; Luu and Forterre, 2009). The resulting model amounts to a preliminary simple system of equations:

where h, U and R refer to the height, speed and radius of the spreading droplet as a function of time; ? is the density of the fluid and b is the basal shear stress which, in our case depends upon temperature as well. We are currently working on numerically solving this system along with finding suitable adjustments to the model to account for stochasticity introduced by external factors such as the surface features of canvas. The objective of the theoretical model is to replicate the features observed in our experiments and also understand the impact of material properties of paint upon the emerging patterns. David, who also happens to be a painter, is planning to use these investigations to create new art which will be exhibited during his thesis defense.