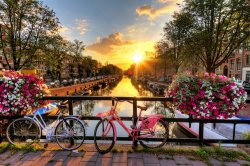 In a continuing effort to promote a Fulbright culture on campus, Montclair State will be hosting a major Fulbright event on April 21 – for faculty – though all are welcome!

Fulbright Forum: Fulbright Programs as a Catalyst for Internationalization: An HSI Perspective.

Montclair State University will host a panel discussion on how Hispanic Serving Institutions (HSI’s) can foster a Fulbright culture on campus and leverage participation in Fulbright programs to enhance internationalization.

Dr. Gonzalez is an experienced leader in the field of educational exchanges and internationalization of higher education with a wide network of contacts with institutions and people involved in international education in many different countries. As Director of the Fulbright Commission in Argentina, Dr. Gonzalez engineered a great expansion of Argentine government and private sector support for the program, increasing the number of scholarships from 60 to 300. She developed special programs to increase participation of underrepresented groups such as women, candidates from the provinces, and school principals. Dr. Gonzalez has expertise in program design, development, and management, institutional development and capacity building, team work, strategic partnership development and inter-institutional relationships. 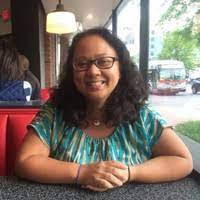 Fulbright Scholar Program Outreach & Recruitment Manager, Institute of International Education
The focus of Ms. Fulay’s work is to increase the number of institutions participating in Fulbright exchanges via the Scholar Liaison Network and the creation of the Alumni Ambassador Program. In 2013, she was appointed to lead institutional engagement, facilitating engagement with under-served institutions across the U.S. In 2018, she accepted leadership of the Fulbright Scholar Program Outreach & Recruitment team. Having lived in Europe, South-East, and Central Asia, Athena’s work has focused on international education and community engagement, including service as an educator with the Peace Corps in Uzbekistan. Athena received her M.A. in Liberal Studies from Georgetown University and a B.A. in European Studies from Loyola Marymount University. When she is not promoting cross cultural exchanges, Athena leads outreach efforts for Resistbot, a civic engagement resource, serves on the board of directors for Georgetown Ministry Center, and dances hula with Halau Ha’a Kea o Mokihana. 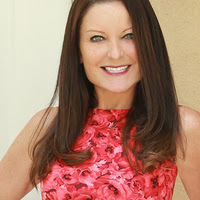 University Distinguished Professor of Latin American Cultural Studies, University of Arizona
Dr. Melissa A. Fitch holds the rank of University Distinguished Professor. Her work encompasses the period marked by the rise of mass media at the turn of the last century to the present-day influence and pervasiveness of popular culture, film and mass media, social media, and digital culture. Since 2010, she has been researching the mutual cultural influences between the Americas and Asia, particularly with regard to China and India. She is the author of Global Tangos: Travels in the Transnational Imaginary (Bucknell UP, 2015) and Side Dishes: Latin/a American Women, Sex and Cultural Production (Rutgers UP, 2009). Since 2010, she has received three Fulbright Awards: the first a Fulbright-Hays Award to China in 2010 (declined); the second the Chinese University of Hong Kong during AY 2011-12 (accepted) and the third to spend AY 2016-17 in New Delhi, India as a Fulbright-Nehru Academic and Professional Excellence scholar. See full bio here: https://spanish.arizona.edu/people/mfitch