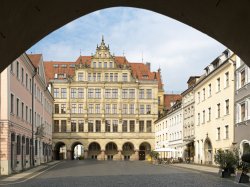 Our Undergraduate French program offers three unique specializations within the French major as well as a French minor and the possibility of enrolling in individual French courses. Our weekly conversation sessions, film festivals, and cultural outings to New York, in addition to many opportunities for study abroad, provide exciting extra-curricular opportunities for practicing French.

The Demand for French

French is the language spoken by the most countries in the world after English and it is an official language of the United Nations, FIFA, and the Olympics. More than 500 local companies belong to the New York French-American Chamber of Commerce, which means that there are a huge number of companies interested in hiring French speakers.  In addition, the United States’ largest trading partner is Québec, only eight hours away by car. Many companies seek French speakers to translate publicity materials and products for the Québecois market. As a result, New Jersey schools actively recruit French teachers. All of these elements translate into an abundance of local jobs in which one can use French.