The Fourth of July was particularly memorable for four faculty and 10 students of the John J. Cali School of Music, who performed American patriotic songs and traditional Albanian music in Ferizaj, Kosovo. Montclair State’s Balkan Ensemble, the only ensemble of its kind in the United States, was invited by the Kosovo government and received a standing ovation from more than 600 people.

Joint concerts with the singing and dancing Kastriotet Ensemble received the same response from enthusiastic crowds in Macedonia and at a wedding during the ensemble’s week-long tour.

“Having the opportunity to collaborate with these amazing people and musicians unlocked a new part of me,” says Vito Cakaroglu, a junior from Staten Island, New York. “I’ve learned a tremendous amount about the music, history and culture of Kosova. I will forever be grateful for this experience.”

The genesis of the trip began in January, when adjunct professor Raif Hyseni, who leads the ensemble, received an invitation from the Kosovo government to participate in a celebration of the 10th anniversary of Kosovo’s independence. In February, the Cali School hosted the Kastriotet Ensemble in Leshowitz Recital Hall. In exchange, the government of Kosovo offered to provide room, board and cultural excursions for the Cali Balkan Ensemble to join the Kastriotet Ensemble in Ferizaj, Kosovo, in celebrating America’s Independence Day.

The students, along with Hyseni and Cali School faculty Ardith Collins, Lisa DeLorenzo and Robert Levin played concerts in Kosovo, they met with the Mayor of Ferizaj and other Kosovo dignitaries. During the tour, Hyseni, his wife and Montclair State alumna, Merita Halili ’16, and DeLorenzo were interviewed by numerous broadcast TV stations, including RTK Radio Television of Kosovo and Radio Kosovo National TV and Radio, including a live broadcast throughout Europe on RTK1 National TV. 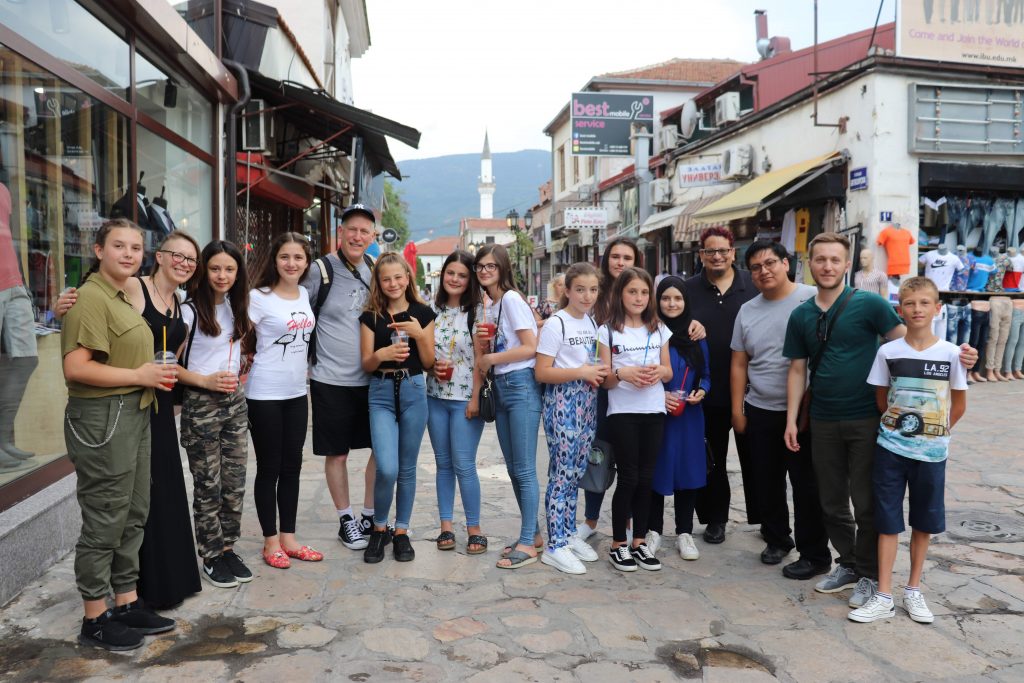 In addition, DeLorenzo gave a presentation, “Teaching Music as Democratic Practice,” for music students and professors at the University of Prishtina, where she and Hyseni met with university officials to discuss a continued relationship between the two music schools.

The Montclair State Balkan Ensemble began five years ago when Hyseni, an internationally respected performer of Balkan music, entered the Master of Arts in Teaching program with a concentration in Music Education. Already a renowned accordionist in Europe and America, Hyseni had performed at Lincoln Center, The Kennedy Center, The Library of Congress, the Metropolitan Museum of Art and the Smithsonian.

“Starting a Balkan Ensemble was an opportunity that we could not ignore,” says DeLorenzo. “Montclair State is the only university with an ensemble of its kind in the United States.”

A Balkan course was created to serve as a music ensemble for any student on campus.

“[The trip to Kosovo] was an amazing experience both musically and culturally,” says senior Federico Perez Trasante from Bogota, New Jersey. The opportunity to work with the professional musicians of the Kastriotet Ensemble raised my level of musicianship immensely.”

Hyseni, who served as the trip director and translator, explains, “Albanians are the most pro-Americans in the world.”

DeLorenzo says that sentiment was evident not only in their warm welcome and support but also their enthusiastic reception of the performances.

“The many invitations to meals in private homes and restaurants were overwhelming. As an indication of ‘Kosovo love,’ we were just starting dinner at the invitation of a restaurant owner when Professor Hyseni took out his accordion and started playing Albanian folksongs. Soon everyone was either playing, singing or dancing around the tables. Such a spontaneous event opened our eyes to the sincerity of the people of Kosovo in sustaining their culture and just plain having fun.”