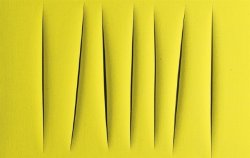 Present Memories: On the Politics of Image-making (Tour)

A sponsored tour of Magazzino Italian Art (limited to 14 people) on the occasion of a program focusing on contemporary art and memory of Italian colonial and migration histories. “Present Memories: On the Politics of Image-making” is the fourth iteration of Pensiero Plurale, a series of programs curated by Ilaria Conti focused on issues of cultural and social justice, intersectional thinking, and the arts across Italy and the United States. It will feature a morning program with artist Dawit L. Petros and scholar Teresa Fiore and an afternoon session with curator Mistura Allison. The program is introduced and moderated by Ilaria Conti.

Organized and sponsored by Magazzino Italian Art with the partnership of the Inserra Endowed Chair for the dedicated tour.

The documentary tells the extraordinary story of Padre Antonio Berta (1927-2007), a visionary man from Bergamo, Italy, who arrived in Bolivia, in 1966 and devoted his entire life to abandoned children. In Cochabamba, he built La Ciudad del Niño, one of the largest foster homes and schools in the country. The film documents the lives of Padre Berta, his religious community, and the lay volunteers who have helped shape Bolivian society during four decades of educational reform, social engagement, and political activism.

Organized and sponsored by the Inserra Endowed Chair In collaboration with the Italian Program (Dept. of World Languages and Cultures) at Montclair State University. In partnership with Fondazione Patronato San Vincenzo, Bergamo (Italy) and St. Benedict’s Preparatory School, Newark, NJ.
Included in the series Dentro/Afuera: The Interconnections between Italian and Latin American/Spanish Cultures and linked to the research project Memoria Presente: The Common Spanish Legacy in Italian and Latin American Cultures

Amir Issaa is a prominent Afro-Italian rapper who combines music with his work as a political activist, social educator, and author. Born and raised in Rome, in the neighborhood of Torpignattara, Amir is the son of an Egyptian immigrant father and an Italian mother. Both indebted to the U.S. rap tradition and sensitive to local influences in Italy, he has embraced a diverse array of experiences over the decades from breakdance to graffiti, international collaborations, workshops in prisons and colleges, and publications such as a memoirs and a creative manual.

Organized and sponsored by the Inserra Endowed Chair In collaboration with the Italian Program (Dept. of World Languages and Cultures) at Montclair State University. In partnership with (TBC) as part of the X program (TBC). Co-sponsored by the Alfonse M. D’Amato Endowed Chair in Italian American and Italian Studies and The Center for Italian Studies at SUNY Stony Brook University.

Conversation with Zach Baliva, director of the documentary Potentially Dangerous: When It Was a Crime To Be Italian

Potentially Dangerous: When It Was a Crime To Be Italian (2021) is a documentary about the little-known experience of discrimination of Italians in the U.S. during WWII: declared “Enemy Aliens” due to the lack of U.S. citizenship, they were subject to curfews, banned from their workplaces, evacuated from their homes and communities, and even placed in internment camps. Produced by John Turturro, the documentary won the won the 2021 Russo Brothers Italian American Film Forum Prize. The film will be shown in person in the class ITAL 262 Italian Americans in Film taught by Dr. Teresa Fiore (the screening is not open to the public), while director Zach Baliva will have a virtual conversation with the class over Zoom based on pre-prepared questions and comments (the Zoom conversation will be accessible to the larger public – more info to follow). Baliva started his career working for the writers and producers of the hit TV show ER. He left to produce My Name is Jerry, the feature film that gave Steven Yeun (Minari) his first on-screen role. Baliva traces his roots to Italy’s Abruzzo region and has lived and worked in Rome and Venice.

Organized and sponsored by the Inserra Endowed Chair In collaboration with the Italian Program (Dept. of World Languages and Cultures) at Montclair State University.

The Soundtrack of Italian American Cinema

A talk by Mark Rotella, Director of the Coccia Institute for the Italian American Experience

Designed in connection with the course “Italian Americans in Film,” offered at MSU
Organized and sponsored by the Inserra Endowed Chair In collaboration with the Italian Program (Dept. of World Languages and Cultures) at Montclair State University.

Screening and panel as part of the WICIP (Women Italian Cinema Inclusive Project), the first international project aimed at promoting Italian cinema written, produced, and directed by women, which is also available in an accessible version. This project, conceived and managed by L’Age D’Or with Sub-ti Access, was selected and co-funded as a Special Project by the Italian Ministry of Culture.
WICIP is a multilingual project with films presented in their original language with subtitles in multiple languages, depending on the screenings locations (remote viewing is also part of the program). The primary objective is to put a spotlight on female talent in cinema and promote women empowerment. All films will be accessible to people with sensory disabilities (subtitles for the deaf and hard -of-hearing (SDH) and audio description (AD) for the blind and visually impaired via smartphones. Each event will include one or more Q&A sessions and debates, with the support of local organizations, promoting cinema made by women as well as a culture of inclusivity and accessibility.

Organized and sponsored by the Inserra Endowed Chair In collaboration with the Italian Program (Dept. of World Languages and Cultures) at Montclair State University. In partnership with Sub-ti Access.

Supported by a NEH (National Endowment for the Humanities) Faculty Award for Summer 2021 and the Inserra Endowment, “Memoria presente” is linked to Montclair State University’s federal designation as a Hispanic Serving Institution.

Food, Hunger, Migration and the American Myth in Sicily at the Time of the WWII Allied Landing