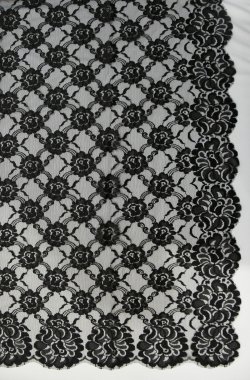 “Memoria presente: The Common Spanish Legacy in Italian and Latin American Cultures” is a research and curriculum development project launched thanks to an NEH (National Endowment for the Humanities) Faculty Award for Summer 2021, regularly supported by the Inserra Endowment at Montclair State University, and linked to this university’s federal designation as a Hispanic Serving Institution. The project focuses on the cultural commonalities between Italy and Latin America as the result of a shared colonial and migratory experience which has affected numerous aspects of life on different continents from architectural styles (baroque churches) to religious practices (the Holy Week celebrations) and food habits (the Aztec chocolate bars made in Modica, Sicily).

Between the mid-1500s and the early 1700s, Southern Italy, Sardinia, and Milan were under the same Spanish imperial control as Latin America, while since the second half of the 19th century, Italians have chosen Latin American countries as destinations for their migratory routes. This network of connections has been further enriched by the formation of Latin American immigrant communities in Italy in the late 20th century. The intriguing cross-pollination that these circuits have produced has resulted in multiple cultural expressions that constitute a rich base for the acquisition of Italian language and culture by Hispanic students. The title of the project, Memoria presente, means “present memory”, which translates into exactly the same expression in both Spanish and Italian: it was chosen to further emphasize the shared historical legacy described above, and to make it viable to Hispanic students today by valuing their trans-national affiliations.

Indeed, Memoria presente is linked to the teaching of Italian for Spanish Speakers on campus: it stems from the currently offered beginning comprehensive course (ITAL 111) and aims to expand on it by providing the materials for the intermediate and advanced level classes (ITAL 211 and 311, respectively) to be offered in the future. These classes rely on intercomprehension and trans-languaging approaches that leverage the knowledge of two or more languages, and hence cultures, to fast-track learning in the classroom. The beginning level focuses on the basic similarities between Italian and Spanish in vocabulary and grammar in order to accelerate the Italian language acquisition of Hispanic students. At the intermediate and advanced levels, the expansion of complex vocabulary due to increased exposure to Latin-derived cognates enriches the students’ expository writing and interpersonal speaking as they delve into new meanings through more sophisticated linguistic structures. Ultimately, Memoria presente aims to provide Hispanic students with the opportunity to achieve higher levels of fluency in Italian in a shorter period of time thanks to metacognitive learning and infusing targeted humanities content in “Italian for Spanish Speakers” classes.

The project as a whole contains broad educational and community goals at once with the formation of:

In its current form, the project is benefitting from the contribution of external scholars interested in sharing materials, translations and synopses for the annotated bibliography. Special thanks for the 2022 expansion of the project as part of collaborations go to: Dr. Elena Bellina (Assistant Professor of Italian, Eastman School of Music, University of Rochester) for sharing the documentary and commentary of Ciudad de los niños, and Zach Aguilar (graduate student in the Italian Studies Department at Yale University) for his translation and annotations of Laura Pariani’s short stories.

Short link for this page: http://tinyurl.com/NEHMemoriaPresente