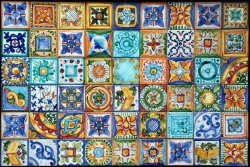 ITAL 111 Comprehensive Beginning Italian for Spanish Speakers I and II
Take this class instead of 101 or 102, if you speak Spanish!

IS THIS ITALIAN OR SPANISH?

IF YOU SPEAK SPANISH, YOU ALREADY KNOW A FAIR AMOUNT OF ITALIAN!
IF YOU ARE A SPANISH SPEAKER, LEARN ITALIAN IN A CLASS  DESIGNED FOR YOU!
FLUENT IN ENGLISH AND SPANISH? USE YOUR BILINGUALISM TO START BECOMING TRILINGUAL

EARN 3 CREDITS TOWARDS THE WORLD LANGUAGES AND CULTURES DEGREE REQUIREMENT
BY EXPLORING THE FASCINATING COMMONALITIES BETWEEN ITALIAN AND SPANISH/LATIN AMERICAN CULTURES (food, music, art, fashion)
ENGAGE IN AN INTERNATIONAL COLLABORATION WITH STUDENTS IN ITALIAN:

Designed for students starting Italian in college with knowledge of Spanish as native, heritage, or second-language speakers, this is an introductory course on the fundamental skills of speaking, reading, writing and comprehending Italian with an emphasis on the numerous linguistic similarities between Italian and Spanish, as well as the fascinating commonalities between Italian and Spanish/Latin American cultures. Materials are adapted to the specific beginning level of the class leveraging the students’ high comprehension skills via translanguaging as well as their understanding of the transnational mobility of people and culture.

The extended imperial period which between the mid-1500s and the early 1700s saw Southern Italy, Sardinia as well Milan under the same Spanish colonial control of Latin America has created intriguing echoes in the language (in Naples, people say “tengo freddo” as in “tengo frìo” to mean what in standard Italian is “ho freddo” = “I am cold”). Further echoes can be found in the architecture (the historical center of Palermo with its main thoroughfare called via Maqueda), culinary recipes (the Aztec chocolate bars made in Modica, Sicily), artistic styles (the baroque in Puglia churches as well as Tiepolo’s frescoes in Madrid) and religious practices (the intense Holy Week celebrations in Central America as well as Calabria). Yet, the course also builds on present linkages: music currents (Jovanotti’s songs in Italian and Spanish, and the influence of reggaeton among Italian rappers), sports stories (Maradona as a soccer star in Naples), urban projects (Renzo Piano’s Botìn Cultural Center in Santander), and fashion trends (Dolce and Gabbana’s Spain-inspired Sicilian collection).

Students are involved in the traditional tasks of a beginning class but with an “accent:” they learn how to give/receive directions by resorting to the map of the Spanish Quarters of Naples, and how to use the imperative through the song “Vivimi” by  famous singer Laura Pausini winner of four Latin Grammies (yes, an Italian winner of Latin awards who feels humbled by being included in the Latin American community! see video). The final project looks at the Latin American immigrant communities in Italy today (the substantial and culturally vibrant group of Peruvians in Milan) as an indirect mirror of the Italian immigrant communities in Latin America (the large and impactful presence of Italians in Argentina).

Italian and Spanish as languages, along with Italian and Spanish/Latin American cultures, are presented as close relatives and friends throughout the course, so that students can quickly recognize themselves in the content and medium of learning, and thus thrive in a short period of time, thanks to the valuable Hispanic heritage they bring to the class.