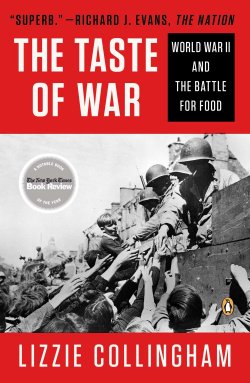 The Taste of WWII in Italy: International Tensions and Local Solutions for Food Supplies

The Taste of WWII in Italy: International Tensions and Local Solutions for Food Supplies

Followed by the presentation of the project Food, Hunger, Migration and the American Myth in Sicily at the Time of the WWII Allied Landing

The in-progress project Food, Hunger, Migration and the American Myth in Sicily at the Time of the WWII Allied Landing designed and coordinated by Dr. Fiore, and involving Italian majors Kenneth Browne and Francesca Oliveri has been made possible by the support of the Cali and Inserra families. It consists of video-interviews with direct witnesses of Fascism, the war, and the landing, and is aimed at complicating notions of abundance and paucity, political affiliations, and perceptions of Sicily and the US as formed by migration experience and the translational circulation of food and food stories. See current selection of excerpts from the interviews here.

Lizzie Collingham is a historian interested in linking the minutiae of daily life to the broad sweep of historical processes. She is the author of Imperial Bodies: The Physical Experience of the Raj (2001); Curry: A Tale of Cooks and Conquerors (2006); The Taste of War: World War II and the Battle for Food (Penguin, 2013) and The Taste of Empire: How Britain’s Quest for Food Shaped the Modern World (Random, 2018).

She taught History at Warwick University and was a Research Fellow at Jesus College, Cambridge. She is now an independent writer. She was commissioned to write Around the First Table, the ‘kitchens volume’ for a project designed to make the Indian president’s palace (formerly the Viceroy’s House, New Delhi) accessible to the wider public. She is an associate fellow of Warwick University’s History department and has just published The Biscuit: The History of a Very British Indulgence (2020). She works in a garden shed near Cambridge.

Short version of the url for this page: tinyurl.com/TasteofWWIIMSU