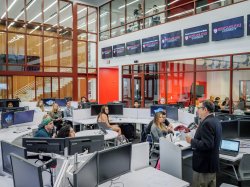 The News Lab is the headquarters – and heart –  of the School’s journalism and digital media programs. This is a space that has been designed with one thing in mind – collaboration. Video, audio, on-line, print – it’s all created here 24/7  . . . and then sent out to the waiting world. 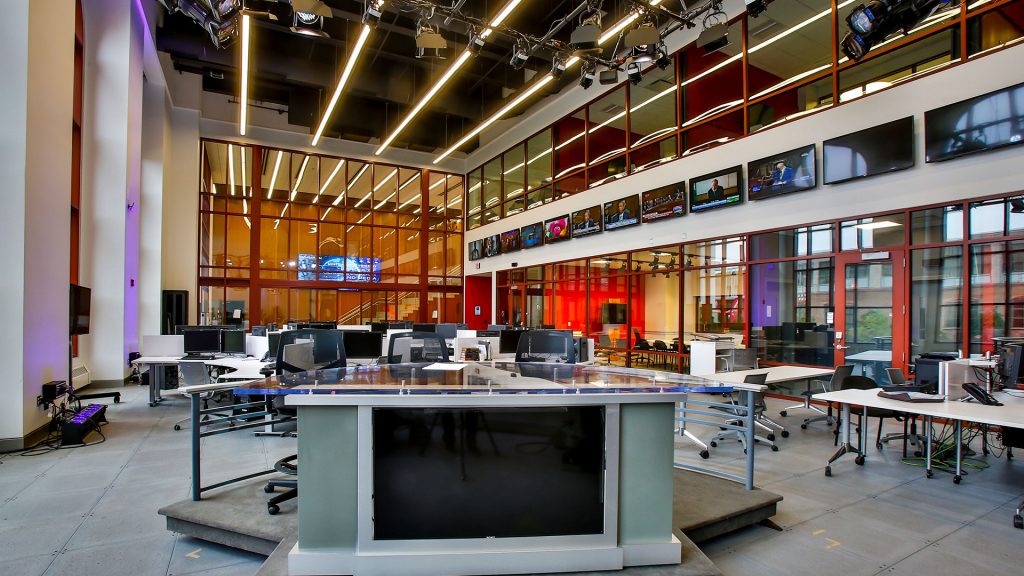 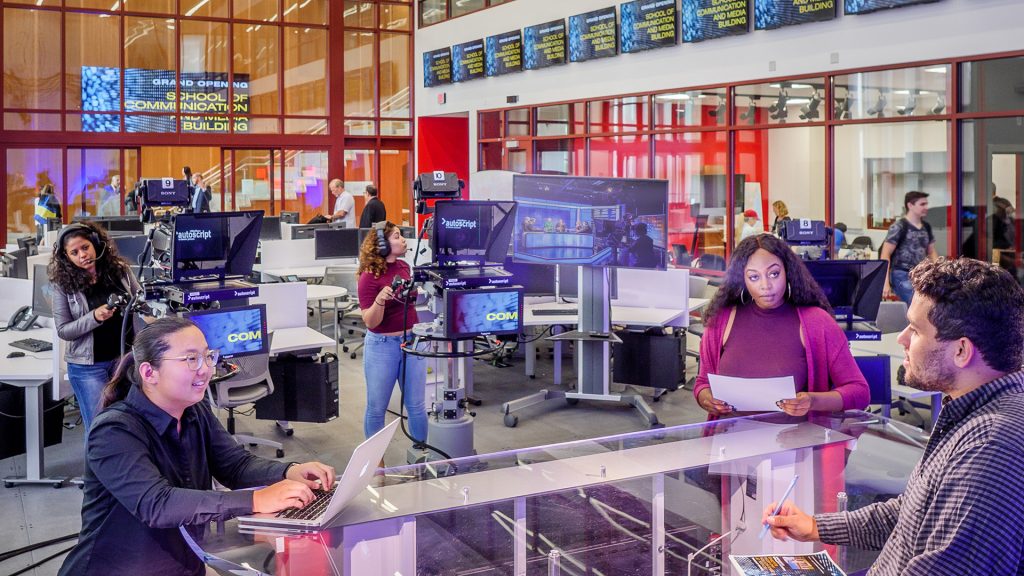 This large, totally customizable working newsroom is designed for everything from collaborative reporting to real time news shows. It’s an ideal setting for news-based programming such as staged news shows or scenes in film and television productions.