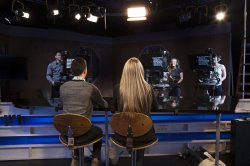 Today’s news content comes to us not only through print media and television, but also from our computer screens, tablets, smaller devices and of course radio.  Its creation and dissemination is multiplatform and global.

The Bachelor of Arts (BA) in Journalism and Digital Media program will equip you with skills to develop and deliver compelling, informative content for television, radio, Internet, and other emerging platforms. Forward-thinking courses will prepare you to succeed in the rapidly changing world of journalism and related fields, employing dedicated high-definition facilities and a digital-first approach to hone your abilities for writing, research, and content production. 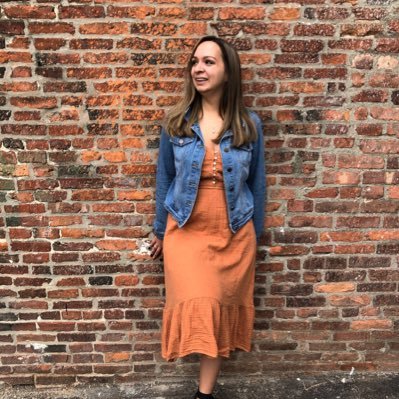 What You Will Study

The Journalism and Digital Media curriculum includes courses in News Writing and Multimedia News Production which focus on the writing, reporting and producing elements of news programming that are applicable to studio news shows and interactive, digital platforms.  Additional courses cover field production and editing, multimedia news production along with media history and criticism, and a required Ethics of Mass Communication course which analyzes the legal and ethical issues of the communications industry.

A selection of specialty courses offer exciting possibilities for the development of other areas of expertise: consider such topics as The Entertainment Beat, Cross-Platform Sports Writing/Reporting, Apps for Journalists, Media Entrepreneurship, and Digital Diplomacy and News Media.

Beyond the campus, you will be encouraged to pursue internship and practicum experiences in the industry where you can learn from media professionals and apply your skills to career situations.

The Journalism curriculum is comprised of 120 credits (3 cr. per course) and includes five areas of requirement:

What Our Students Create
Our students are constantly producing groundbreaking work. Whether independently or as part of a project, club, organization–or one of our many output-driven courses–we help our people thrive and make a difference.See our student projects

The Journalism major prepares students to serve as the principal creative force in a wide variety of media environments. The graduates of this program will be true mobile journalists, who can deliver content on any information platform. They will be strong candidates for positions as Internet web site editors, as well as television and radio producers and reporters. They will be in demand to shoot and edit video, while writing scripts to match the video. They will also learn how to communicate journalistically using today’s social media vehicles.

Journalism students have access to an impressive array of internship partners both on campus and in New York and New Jersey to pursue relevant work experiences and on-the job mentoring. The internship program is designed to help students make the transition from student to working professional and provide networking opportunities.

The U.S. Bureau of Labor Statistics offers very positive data for careers in Journalism with projected increases in some traditional media industries, including television, radio, and public relations, and emerging news platforms driven by the Internet and social media.

Below is a sampling of career titles:

Visit the links below for additional professional and career-related information:Communication and Media – Professional ResourcesCollege Career Services