Christine Brennan, sports columnist for USA Today, will discuss her experiences as a journalist in the sports world, reporting on major events such as the Olympics and women’s sports issues. Kelly Whiteside will be the moderator for this event.

Christine Brennan is an award-winning USA Today sports columnist, best-selling author, and commentator for ABC News, ESPN, NPR, and Fox Sports Radio. A leading expert on the Olympics and women’s sports issues, she also is a nationally known speaker. Her book, Best Seat in the House: A Father, A Daughter, A Journey Through Sports, is available now. It is the first father-daughter sports memoir written by a sports writer. Register here for 9/15 event 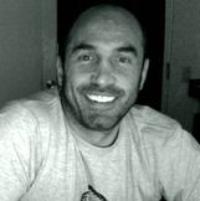 September 17th, 2:30-3:45 p.m. Becoming a Leader in the Digital News Industry: A Discussion with Michael Goff

Michael Goff is the founder of Out Magazine and now the CEO of the top LGBT blog Towleroad. He will discuss his work with Towleroad and previous media experience. Towleroad is now a leading online news source offering a broad range of information on politics, pop culture, gay culture, media, entertainment, photography, fashion, technology, men, music, and travel.

In the early 90s, Michael worked as a magazine editor which led him to found and build Out magazine (and out.com) into the leading gay title. In 1996 he left and became editorial director on the team launching Microsoft’s Sidewalk city guides (sold to Citysearch), and went on as a General Manager of MSN to coordinate its move from firewall to a free network of services on the web…and on whose behalf he closed what was then the largest online advertising deal ever. Since 2001 he’s built and folded a mobile publishing company, was the Clinton Foundation AIDS Initiative volunteer Lead in Haiti for a year; launched early citizen-journalism effort, Bayosphere with Dan Gilmore; and advised startups including (pre-Google) Blogger, Treehugger.com, and NowPublic.com. Michael’s served on the Outfest board in Los Angeles and on AIDS Community Research Initiative of America boards for 20 years. He was an early ACTUP member, wrote the Gaydar media column for New York’s Outweek (one of which inspired the AIDS Red Ribbon), and was Paper magazine’s “gay” columnist for a year. Register here for 9/17 event. 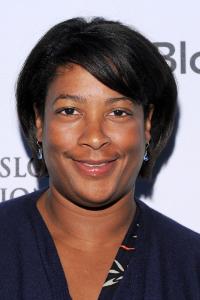 Dawn Porter will discuss her work as a documentary filmmaker tackling major social issues including the criminal justice system and the history of segregation in the south. Dawn is a documentary filmmaker. She made Gideon’s Army about three black public defenders working in the American South. The film won the Ridenhour Award for best documentary film in 2014. She is a graduate of Swarthmore College (1988) and Georgetown University Law School. Trained as an attorney, she became a filmmaker and financed her film with assistance from the Ford Foundation. Porter owns Trilogy Films.

Porter’s second film project is Spies of Mississippi, which debuted on PBS in 2014. It is a documentary about Mississippi State Sovereignty Commission (MSSC) efforts to preserve segregation during the 1950s and 1960s, including the use of an extensive spy network and violent coverups. Porter also produced a biography of Chef Alexandra Guarnaschelli for the Cooking Channel. Register here for 9/24 event. 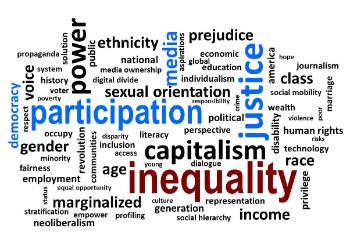 The School of Communication and Media, in collaboration with the Yogi Berra Museum and Learning Center, presents a panel on “Race, Power and Sports.” Scheduled panelists include Filip Bondy, sports columnist for the New York Daily News, Mike Freeman, NFL columnist for Bleacher Report.com, and Clemson Smith Muniz, Spanish language announcer for the NY Knicks and MLB Network. Associate Professor Marc Rosenweig will be the moderator. 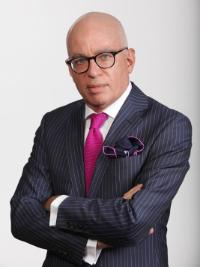 October 15, 2:30-3:45 p.m. Understanding the Media Mogul: An Interview with Michael Wolff about Rupert Murdoch and Business in the Digital Age.

Michael Wolff will be discussing his work as a journalist and writer, including his work on Rupert Murdoch and his insights on the challenges for business in the digital age. He is the founder of Newser and guides its overall direction. Wolff, currently a contributing editor at Vanity Fair and a columnist for the Guardian, USA Today, and British GQ, is one of the most prominent journalists and pundits in the nation. He has written numerous best-selling books, including The Man Who Owns the News: Inside the Secret World of Rupert Murdoch, Burn Rate, and Autumn of the Moguls. He appears often on the lecture circuit and is a frequent guest on network and cable news shows. Wolff has been nominated for the National Magazine Award three times, winning twice. Register here for 10/15 event. 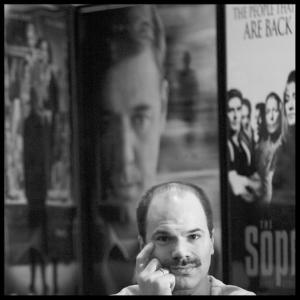 October 22, 2:30-3:45 p.m. Paths to Success in Media: A Discussion with David Schoner on Indie Film Production and Careers in the Media Industry. 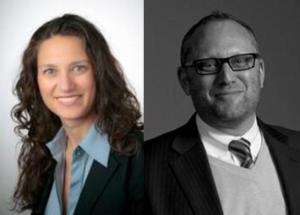 This event will be comprised of two speakers discussing criminal justice and prison reform in NJ – Charles Rosen, and MSU’s Jessica Henry. Charles Rosen is the founder of New Ark Farms, a social enterprise committed to workforce development and environmental stewardship in and around Newark NJ. New Ark Farms provides living wages, job training, and soft-skill development to formerly incarcerated persons. Previously, he was the CEO and founding member of Amalgamated NYC, a major marketing and advertising agency.

Jessica S. Henry is an Associate Professor in the Department of Justice Studies. After serving as a public defender for nearly a decade, Professor Henry joined the Montclair State University faculty in 2005. Professor Henry teaches a wide range of courses, including Criminal Law and Procedure, Death Penalty Perspectives, Hate Crimes, and Wrongful Convictions. Professor Henry has appeared as a frequent commentator on national television, radio, and in print media. Her areas of research include severe sentences (including the death penalty and life without parole), prisoner reentry, and hate crimes. Register here for 10/29 event. 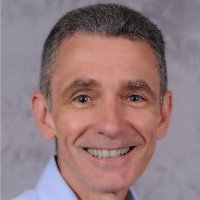 Nicholas Valente will discuss his professional experiences as a social media marketing executive. Valente is an award-winning E-Business and Social Media Marketing Executive. For the past three years, Nicholas has led the Social Media strategy for Verizon Wireless. Previously he worked as the Director SEM/SEO & Social Media for D&M holdings, and was the VP of E-Commerce and Product Management for AT&T. Register here. 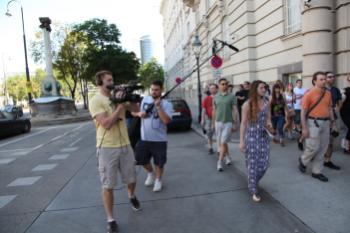 A special screening of the documentary “Overseas Neighbors: Montclair–Graz” will be shown at the main branch of the Montclair Public Library. The documentary chronicles the unique relationship between the township of Montclair and the city of Graz in Austria. The documentary traces the more than 50-year relationship between the two cities and Universities from its beginning at the end of World War II. Driven by their concern for the decimation of Europe, Montclair residents reached out to the citizens of heavily bombed Graz and offered help of food and medical supplies. In 1950 the then Montclair State College began a student exchange program with the University of Graz that still thrives today. The project was produced by Montclair State University students in the School of Communication and Media under the direction of Steve McCarthy. The film features 2013 John J. Cali School of Music graduate Jessica Eucker as host.  2013 Broadcasting alumnus Ryan Miller served as producer.

The Honorable Paul J. Fishman (U.S. Attorney for the District of New Jersey)

The Honorable Madeline Cox Arleo (U.S. Magistrate for the District of New Jersey)

This event is presented by the Department of Justice Studies, the School of Communication and Media, Montclair State University, and with the generous support of Jim Leitner and Charles Rosen. Register here for 12/4 event. 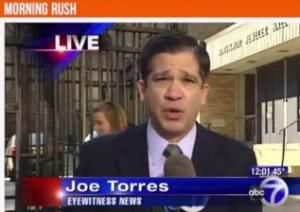 On Friday morning December 5, Joe Torres will visit Montclair State to receive the Allen B. DuMont Broadcaster of the Year Award and participate in the SCM colloquium series. He will discuss his career and the state for journalism, both currently and the outlook for the future.