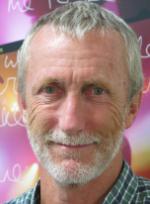 What is the job of  the TV Director?  Making an observational documentary or reality show might feel like an entirely different game from a drama, or a studio comedy show – but many of the same principles apply.  With examples from his own and others’ work in theatre and in television, Nick Bamford (visiting from Bournemouth University) explores the fundamentals of the director’s role.

Bamford joined the academic staff at Bournemouth in 2010 directly from a lengthy and varied career as a freelance TV and theatre Producer and Director. He has directed and/or produced everything from drama, documentary and factual entertainment for all the major networks through corporate films and promotions to workout tapes, both in the studio and on location. This amounts to well over 100 programmes amongst which perhaps the best known titles have been The Antiques Roadshow, Top Gear, Doctors, Gardeners’ World, Location, Location, Location, Return to Tuscany and The One Show. Prior to his freelance work he was on staff at the BBC as a Studio Manager in Radio and then Assistant Producer and Producer in Television Presentation where he directed both BBC1 & 2 networks as well as making on-screen promotions. His eclectic career has also included writing, producing and directing for the theatre, specifically new writing and the classics. He has run two theatre companies, his own FOD Productions (of which he was founder and Artistic Director) and Bristol’s award-winning Show of Strength Theatre Company of which he was joint Artistic Director. Two of his plays have been produced professionally. 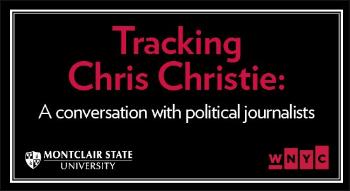 Leading political journalists will take the stage at Montclair State University to talk about New Jersey Governor Chris Christie on Monday, January 26. Tracking Chris Christie: A Conversation with Political Journalists is a free special event, produced by the Montclair State University School of Communication and Media’s Center for Cooperative Media and WNYC. Register for 2/18 event.

The event marks the official launch of The Christie Tracker Podcast, a weekly show from New Jersey Public Radio and WNYC will explore everything you need to know about the governor.

You can watch the event below: 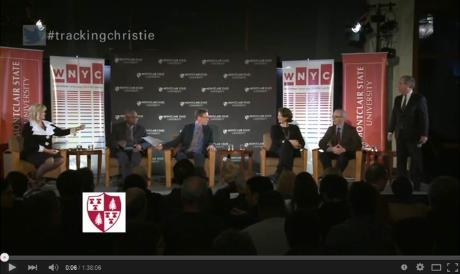 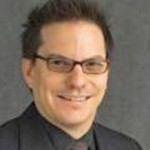 Brent Malin’s research covers a range of contemporary and historical topics in order to understand the myriad ways in which people’s identities are constituted by and through the media. Malin’s first book, American Masculinity under Clinton: Popular Media and the Nineties Crisis of Masculinity, explores conceptions of masculinity offered by a wide range of sources from the 1990s and early 21st century.  Drawing together analyses of such popular culture examples as Friends,Titanic, and The Sopranos, Malin illustrates how a rhetoric of masculine crisis has been used to support a range of economic, political, and cultural aims. His second book, Feeling Mediated: A History of Media Technology and Emotion in America, investigates how changes in communication technology change how people think about emotion. Outside of these two books, Malin’s research has explored a variety of other historical and contemporary issues, from the media research of early 20th century psychologist Carl Seashore to the notions of masculinity depicted on the police drama The Shield. 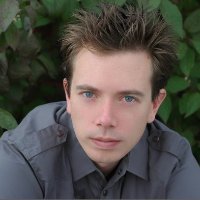 Dan Maccarone will offer students key insights regarding the online media design world. Dan is the co-founder of Charming Robot, a product design company based in NYC. For the past twelve years, he has been helping startups and media companies shape their online product strategy, including Foursquare, Rent The Runway, Jetsetter and Savored. His experience also includes television, music and print media, and he has worked with Late Night with Jimmy Fallon, Gawker, Saturday Night Live, Universal Music and The Wall Street Journal. One of his most noted projects was creating the original strategy and user experience for Hulu. 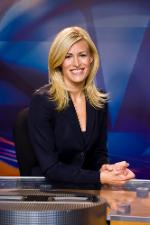 March 25, 4:15-5:15pm. From Montclair State to ‘The Simpsons’: The Writing and Producing Career of Michael Price.

Michael Price will discuss his career, which includes writing and producing of the longest-running television sitcom in U.S. history. He will reflect on the critical experiences that led him from his undergraduate years at Montclair State to worldwide acclaim for his work. Price is an American writer and producer, best known for his Emmy and Writers Guild award-winning work on The Simpsons. Price is a writer and co-executive producer of the ABC series Teacher’s Pet. He served as a script consultant onThe Simpsons Movie and wrote the acclaimed Lego Star Wars special, Lego Star Wars: The Padawan Menace. He works at Lucasfilm writing and producing Lego Star Wars Franchise. Notably, Michael grew up in South Plainfield, New Jersey, and attended Montclair State University, where he earned a B.A. degree in Theatre Arts, and Tulane University, where he earned a Master of Fine Arts degree in directing for the theatre.

Merrill Brown interviews Dr. Harry Haines about his war memoir and his role as a gay, anti-war soldier in the Vietnam War. Dr. Harry W. Haines is the former Chair of Communication Studies and headed a Task Force responsible for organizing the new School of Communication and Media at Montclair State. His research includes the critical analysis of Vietnam War literature, memorials, films, and television programs. His teaching assignments include the Department’s introductory course, as well as courses on gender and a variety of theoretical issues. He has worked in news and public affairs programming at public and commercial broadcast stations. Register for 4/8 event 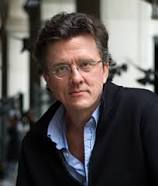 School of Communication and Media Director Merrill Brown will interview Kurt Andersen in what promises to be a wide-ranging discussion about broadcast media, writing and publishing. Andersen is an American novelist who is also host of the Peabody-winning public radio program Studio 360, a co-production between Public Radio International and WNYC. Andersen is the author of three novels, including Turn of the Century (Random House, 1999), which was a national bestseller and New York Times Notable Book of the year, and the New York Times bestseller Heyday (Random House, 2007), which won the Langum Prize for the best American historical fiction of 2007. Random House published his third novel, True Believers, in the summer of 2012.

The event is sponsored by the Albert Payson Terhune Foundation, as well as by the Montclair State School of Communication and Media and College of Humanities and Social Sciences. Register for 4/22 event

You can watch the event below: 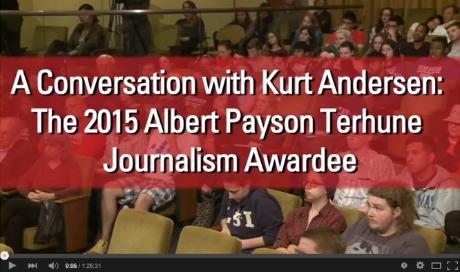 Using Mohamedou Ould Slahl’s book Guantánamo Diary as a starting point, “Guantánamo Diary” will explore issues of national security, prison life, free expression and the legacy of 9/11. The first and only diary by a still-imprisoned Guantánamo detainee, Guantánamo Diary is a compelling first-hand account of imprisonment, torture and day-to-day interactions in the infamous detention camp.

The event is presented by the School of Communication and Media and PEN American Center. Register for 4/27 event

Tickets for the event can be purchased at Eventbrite for $15.  Montclair students, both current and alumni, can purchase tickets in advance through the Communication Office in Morehead Hall for $10, or purchase them at the door, with a student ID.